Imprisoned Iranian human rights lawyer Nasrin Sotoudeh has been awarded the Right Livelihood Award in recognition of her 'unrelenting commitment to justice’.

The prize, which is awarded by the Right Livelihood Foundation based in Stockholm, is known as the ‘alternative Nobel prize’ and celebrates those ‘offering practical and exemplary answers to the most urgent challenges facing us today’. 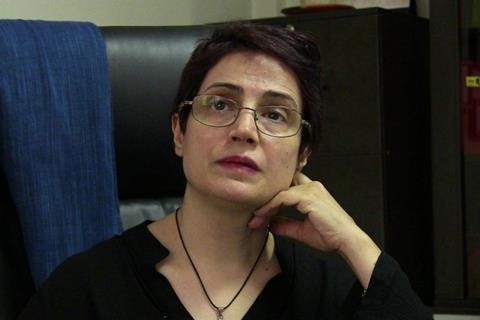 Nasrin Sotoudeh has been recognised for ‘unrelenting commitment to justice’

Sotoudeh has been frequently imprisoned, including in solitary confinement, since 2010 as a result of her work as a lawyer advocating for the rule of law and the rights of political prisoners, opposition activists, women and children.

In March 2019, she was sentenced to a total of 38 years in prison and 148 lashes on charges including stoking ‘corruption and prostitution’. During the Covid-19 pandemic, Sotoudeh went on hunger strikes to protest the continued arbitrary detention of political prisoners amid abysmal conditions in Iranian prisons.

Legal professional bodies including the Law Society and the International Bar Association have repeatedly called for Sotoudeh’s release.

The lawyer rose to prominence in the aftermath of the 2009 anti-government protests in Iran when she defended several activists arrested during the government’s crackdown on the demonstrations. Most recently she defended some of the women who protested Iran’s hijab law by taking off their headscarves in the street.