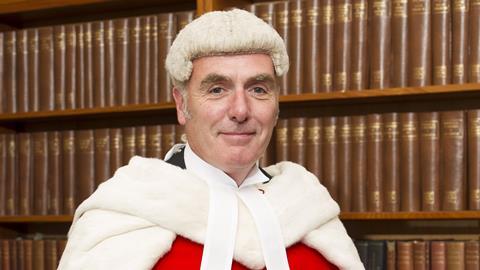 Another High Court judge has used a ruling to highlight inadequacies in state provision for a troubled and dangerous teenager. Mr Justice Hayden granted a temporary secure accommodation order for a 15-year-old girl with exceptionally complex needs and behavioural problems.

The judge said it was ‘profoundly depressing’ that the local authority making the application had not been able to find a unit to accommodate the girl, who remains a risk to herself, her carers, other young people and to the public in general.

He placed the judgment into the public domain as a matter of public interest and said he would direct it be forwarded to the education minister. ‘It is impossible not to confront the depressing reality that current secure accommodation resources in England and Wales are inadequate,’ said Hayden.

‘I find myself, once again, in a position of considering the needs of a vulnerable young person in the care of the state where the state itself is unable to meet the needs of a child which they themselves purport to parent.’

Hayden echoed the observations of Sir James Munby, president of the family division, who said in a judgment earlier this year the nation would have ‘blood on our hands’ if an NHS hospital bed could not be found for a teenage girl at acute risk of taking her own life.

In the present case, Hayden said once again that a young and vulnerable person found herself in a ‘parlous situation’ where there is ‘wholly inadequate’ provision.

The court heard that the girl and her siblings had each witnessed verbal, emotional and physical abuse at the ‘highest end’ of the index of gravity.

The girl was said to buzz with anger and frustration and there was a catalogue of incidents in which she had jeopardised her own safety and that of professionals working with her.

Considering the threat she posed to herself and others, the judge granted the authority’s application for a secure accommodation order that would be limited to three months. He directed that the case be listed before him in the next seven days to review.