The Law Society has agreed next steps in an ongoing review of its governance structure that will establish a new Main Board at Chancery Lane.

Meeting in Cardiff yesterday, Council agreed that in July a time-limited implementation board (including the office-holders and key executives) will consider proposals for a shakeup of the existing board and committee structure. The latter presently comprises four Society boards, six Council committees and 25 policy advisory committees. 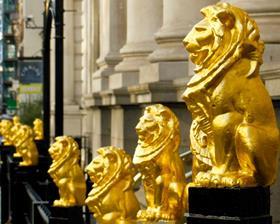 Subject to Council’s approval, the existing board and committee structure will cease by February 2018.

The Society had already agreed that its new Main Board will include an appointed chair, the office holders, five other council members elected by Council, two appointed solicitor members not on Council and up to two appointed lay members. The chief executive, and executive director of delivery and performance will be non-voting board members.

Interim chief executive Paul Tennant will remain at the Society during the review period.

In July, the Society also plans to say more about reviewing the role of the full Council.

Writing about the changes in the Gazette, President Robert Bourns said today: ‘In an increasingly competitive environment, with the uncertainty created by Brexit and in the context of regulatory change, it is essential that the Law Society is in good shape and is representing and promoting the profession as effectively as possible.’