Lawyers acting as trustees for charities have been urged not to be deterred by the high-profile – but ultimately unsuccessful – pursuit of a retired solicitor through the High Court.

Along with seven other directors of the collapsed charity Kids Company, former City lawyer Jane Tyler was cleared this month of any wrongdoing as a bid by the Official Receiver to secure disqualification was rejected by Mrs Justice Falk.

The judge said Tyler was ‘quite obviously careful and extremely conscientious’ and had done everything she could to help the children’s charity before its liquidation in 2015.

The ruling followed a 10-week trial and years of negative publicity following the government-funded charity’s closure. The case has raised concerns that professionals such as solicitors may be put off from helping charities.

Robert Oakley, head of dispute resolution at City firm Bates Wells, which represented Tyler at the disqualification hearing, said that, even if a trustee is exonerated, the risk of reputational damage from the publicity surrounding events may be too high for some. 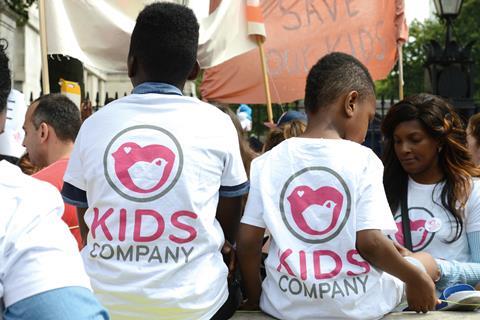 Kids Company supporters marched to protest over closure of the charity

‘It certainly seems likely that, as a result of these proceedings, some lawyers may now think twice about becoming a trustee,’ said Oakley. ‘We hope, however, that our client’s exoneration will give them the assurance they need to take up this rewarding role.’

Oakley added that the court’s findings and the judge’s comments should give comfort to lawyers on charity boards that the Official Receiver will think ‘long and hard’ before bringing such proceedings again.

Nick Hobden, a partner at City firm Thomson Snell & Passmore, became chair of governors at an academy trust. He said that anyone wanting to help a not-for-profit organisation should first become familiar with the charity governance code, which came into force in 2017.

He added: ‘Lawyers should not be put off giving back to society. Volunteers do take on a heavy responsibility, but can sleep easy at night with more governance controls in place these days.’