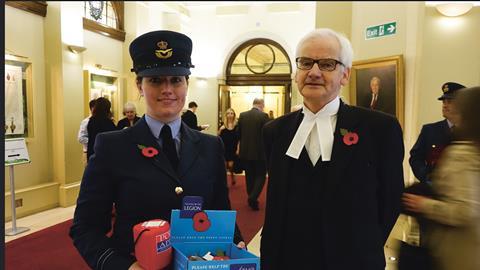 Lawyers from the Army and RAF legal departments collected for the Royal British Legion at an admissions ceremony at Chancery Lane last week. Among other events, Remembrance Day 2015 marked the centenary of the Battle of Loos.

One of many solicitors and articled clerks killed in the battle was John Berry, managing clerk at G.R. Hubbard of 40 Chancery Lane, who had enlisted in August 1914 and was serving as a second lieutenant in the Gordon Highlanders.