Campaigners say they hope to have ended uncertainty over maternity ward visits during pandemic restrictions after threatening legal action to secure a change of policy in Wales.

Betsi Cadwaladr University Health Board in North Wales lifted its ban on visiting last week following the threat of legal action by a couple expecting their second baby.

Government guidance has eased in recent months allowing greater visiting opportunities during the pandemic, but some hospitals still restrict partners from coming into maternity wards.

Dr Lucy Williams and her husband Dr Lorin Davies, together with the maternity charity Birthrights, sent a judicial review pre-action protocol letter to the health board through solicitors Leigh Day, challenging its postnatal visiting policy. They said the ban constituted a severe interference with their and their child’s rights under Article 8 of the European Convention on Human Rights, the right to family life. The couple’s baby is due to be born in December at Ysbyty Gwynedd, but under the previous policy Dr Davies would not be able to visit his wife and baby while they were on the maternity ward. Lawyers also argued the ban was a breach of guidance issued by Welsh ministers in November 2020, which said that visiting could be facilitated with the agreement of the nurse in charge of the ward. 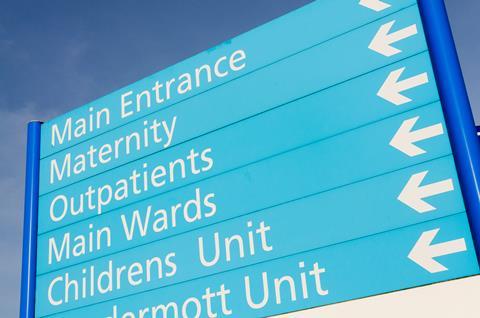 Some hospitals still restrict partners from coming into maternity wards

The board has announced on its website that it would allow visiting on the ward by appointment, subject to visitors completing a Covid-screening questionnaire and having their temperature checked.

The issue of hospital visiting has been a constant source of distress for expectant couples during the pandemic but this is believed to be one of the first times the law has been challenged.

Leigh Day solicitor Sophie Wells said a balance had to be struck between protecting staff and safeguarding the human rights of families.

‘Policies which restrict women’s access to their preferred birth partner and non-birth parents’ access to their newborn children, allowing them time together as family, must be in accordance with the law and proportionate,’ added Wells. ‘Betsi Cadwaladr’s revised policy indicates that they accepted their previous policy was unlawful.’