The Lord Chief Justice says he will continue lobbying the government for funds to repair court buildings – admitting it is a ‘matter of regret’ more resources have not been forthcoming.

Lord Burnett of Maldon, writing in his annual report for the year, noted increased pressure in most jurisdictions against what he called the ‘reality of extremely tight resources’.

He stated there continue to be a number of problems affecting the entire court and tribunal estate, including the age and poor condition of the buildings and delays in getting issues fixed. These can affect court business, with hearings adjourned.

It appears little progress has been made since this time last year, when the LCJ said it was ‘completely unreasonable’ to expect solicitors, judges and barristers to work in dilapidated and uncomfortable buildings. 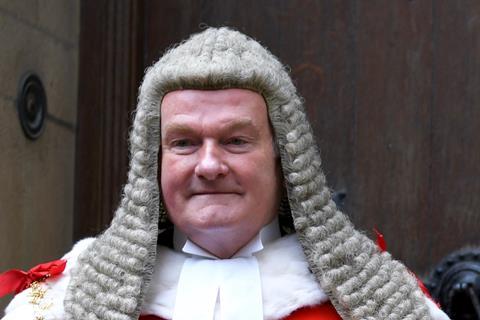 This time, he wrote: ‘[I] see first-hand the poor conditions in which both staff and judges work in many court centres and which have to be endured by members of the public. I am continuing to press for funding to tackle the maintenance problems that must be addressed to bring our court buildings back into a decent condition. I am raising this with the government at every opportunity.’

Examples of courts in disrepair, he said, included flooding, IT and power outages, and physical problems creating security breaches.

He continued: ‘Rural courts are often neglected at the expense of those in large cities and there is a general lack of funds for basic maintenance and repair which are often desperately needed.’

As opposed to last year’s report, when Lord Burnett addressed issues of judicial morale directly, there was just a fleeting mention of it in the 2019 version. He said early feedback from the judicial professional support service, launched in November 2018, had been positive, with support and pastoral care provided to those judges trying traumatic cases.

Since July 2018 all salaried judges across England and Wales have been offered career-based conversations with senior judges, with a flexible deployment policy developed to help those who want to broaden their experience.

On recruitment of judges, he noted that the number of High Court judges recently brought on board has increased compared to last year, and he was optimistic that the ‘position is on the mend’.

But he added: ‘That said, there was a worrying shortfall in the recruitment of salaried members to the District Bench this year which will have adverse consequences for the family and civil jurisdictions.’