Investors have agreed to pump almost £1m into a new comparison site that pledges to ‘democratise’ access to legal services.

Consumer information platform LegalBeagles today announced the creation of JustBeagle, allowing prospective clients to compare the sector expertise, price and independent rankings of law firms. The site is the company’s second attempt at a legal comparison offering, having previously pitched LBCompare at the beginning of 2016. That site no longer exists.

Since then, the Competition and Markets Authority has endorsed greater access to information about legal services. LegalBeagles says it has created a broader model integrating its online forum and digital marketing capability. The new venture raised £970,000 in seed round funding from investors sourced from crowdfunding platform SyndicateRoom, which will receive equity in the business.

Kate Briscoe (pictured), chief executive of LegalBeagles, said consumers now demand more information about law firms and want the ability to search for one that best suits their needs. The company says law firm members can post enhanced personal profiles, content and blogs, and can reach more than 1.7m consumers through the shared platforms.

‘It was clear there was significant pent-up demand which was not being met for consumers and equally law firms have not had access to a neutral platform to showcase and benchmark their services,’ said Briscoe. 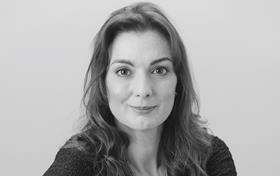 Regulators have long sought to encourage legal services comparison sites and have sought to make data available to further that ambition. The SRA’s proposes to compel firms to publish prices, and also plans to publish firms’ complaints data history.

Firms based in the south-east were on average a third more expensive than those based elsewhere. Of the 32% of firms which reported increasing their prices this year, 29% cited an increase in the cost of overheads or staff as the main reason, while 26% were responding to increases in other providers’ prices.