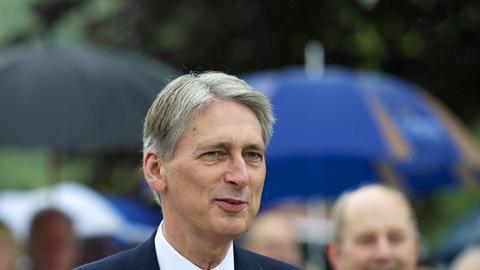 Stamp duty tax reform, money for legal tech start-ups and the restoration of some legal aid spending – all appear on the Law Society’s shopping list for next week’s spring statement.

Chancellor Philip Hammond will present the UK’s first ‘spring statement’ on Tuesday, and is likely to include guidance about the state of the economy and potentially some, albeit limited, changes to fiscal policy.

While commentators caution against expecting significant changes, Chancery Lane has drawn up its wishlist for reforms it says can maintain the country’s reputation as a world leader for legal services.

One request is for the chancellor to simplify tax laws so conveyancing solicitors are not left resolving unnecessary complexities. The Society calls on Hammond to introduce a single test at the point of purchase which establishes whether the property is the main residence of one of the purchasers, as well as streamlining stamp duty land tax filing and payment processes to make them more accessible.

The solicitors’ representative says the reinstatement of funding in family and housing law would directly help those in need and ease problems in the wider economy.

The Society asks chancellor should take the opportunity to announce immediate changes to legal aid funding, irrespective of the delayed review of the Legal Aid, Sentencing and Punishment of Offenders Act which reduced its scope. It also wants closer cooperation between the Ministry of Justice and Treasury to ensure funds are available.

In its briefing paper, the organisation said: ‘We believe that the government did not take into account the fact that solicitors providing early advice were a significant source of referrals to mediation and that removing access to early advice from a solicitor would, therefore, adversely affect uptake of mediation.

‘Worsening legal problems also have the potential create other knock-on costs for the public purse by causing issues such as poor health, homelessness and debt which impacts on both local and national services, and through increased pressure on the courts.’

The Society also calls on the Treasury to make funding available to encourage growth and investment in legal technology companies, particularly through the British Investment Bank or Industrial Strategy Challenge Fund.

Legal technology firms should be included in the UK’s wider strategy to encourage ‘fintech’ companies to build businesses in the country, with a legal technology envoy appointed to work with the government to develop the sector.