The contest to become Linklaters’ next senior partner will be fought between three women for the first time in the firm’s history, as more female lawyers secure top spots at prestigious City practices. 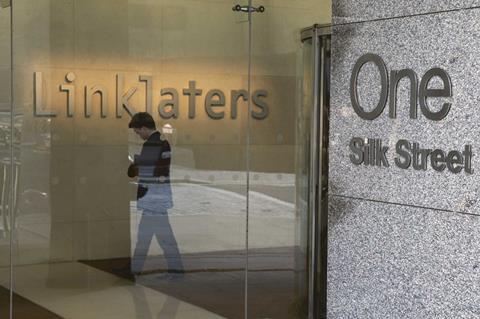 Linklaters will choose a senior partner from an all-female shortlist

The successful candidate will replace outgoing senior partner Charlie Jacobs in the summer. Jacobs has been at Linklaters for over 30 years and was elected senior partner on a five-year term in 2016.

In January, Freshfields Bruckhaus Deringer became the first magic circle firm to elect a female senior partner. Georgia Dawson, 45, took the reins on 1 January and has since committed to an ‘ambitious’ set of diversity targets. Last month, Herbert Smith Freehills also elected its first female senior partner. Rebecca Maslen-Stannage succeeded James Palmer as senior partner and chair of the global council at the start of May.

Over the past year, City firms have published a host of new targets in a drive to boost gender and ethnic diversity in the top ranks. Freshfields has said it wants at least 40% of partner promotions to go to women over the next five years, while Clifford Chance has said at least 40% of global partners should be women by 2030, excluding in the Middle East.