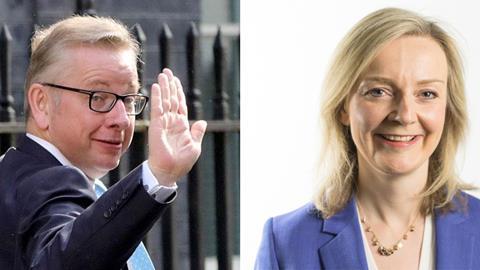 Truss, who moves from Defra, is the third incumbent in succession to have no legal background. She did serve for around a year from 2011 as a member of the justice select committee before becoming a minister.

An Oxford graduate, she worked for Shell and Cable & Wireless and qualified as a management accountant. She was deputy director of the thinktank Reform before being elected as South West Norfolk MP in 2010.

On justice issues, Truss voted for legal aid reforms in every vote leading up to the Legal Aid, Sentencing and Punishment of Offenders Act. She also backed limits on success fees paid to lawyers in no-win no-fee cases.

Her voting record also shows she has almost always voted for requiring the mass retention of information about communications.

More info: Who is Liz Truss?

Following her appointment, she tweeted: 'Delighted to be appointed secretary of state for justice and lord chancellor. Looking forward to getting stuck in.’

Gove was sacked this morning after 16 months in post.

The Brexit campaigner was one of several casualties of new prime minister Theresa May’s reshuffle.

Justice minister Lord Faulks, whose brief included civil justice, was reported to have stepped down on Thursday afternoon.

Liberal Democrat peer Lord Thomas of Gresford confirmed in the House of Lords that Faulks was leaving the MoJ.

'May I express my regret that my noble friend Lord Faulks has decided not to continue in post,' he said.

Gove, the second non-lawyer lord chancellor in succession, had won favour with many in the legal profession after reversing decisions taken by his predecessor Chris Grayling, including scrapping the criminal courts charge and legal aid contract reforms. 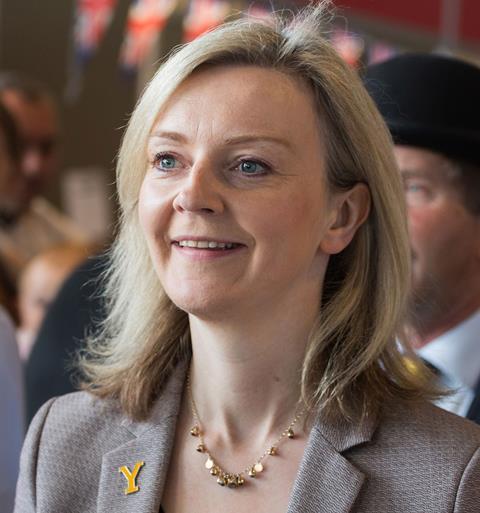 He tweeted this morning: 'It's been an enormous privilege to serve for the last six years. Best of luck to the new government.'

Following Gove’s removal, Bob Neill, chair of the justice committee of the House of Commons, tweeted: 'Very sorry to see Michael Gove leave MoJ. His respect for the legal system & passion for prison reform were palpable. They must be continued.’

Gove had made prison reform his key priority and had convinced then-prime minister David Cameron to back him on sweeping changes to governance of prisons.

In his first public speech after being appointed, Gove called for a more efficient and streamlined justice system.