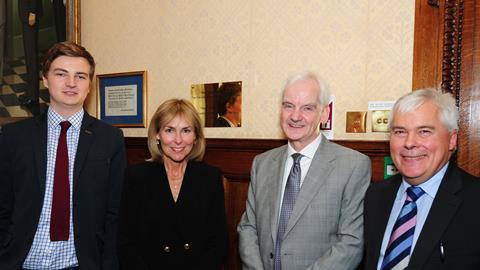 Members of the family of David Lloyd George joined Law Society president Joe Egan at a ceremony to rename the Old Council Chamber in 113 Chancery Lane in honour of the only solicitor to become prime minister.

Lloyd George, who was PM from 1916 to 1922, was also the only prime minister not to have English as a first language. He began his career as a 16-year-old articled clerk in Porthmadog, North Wales.