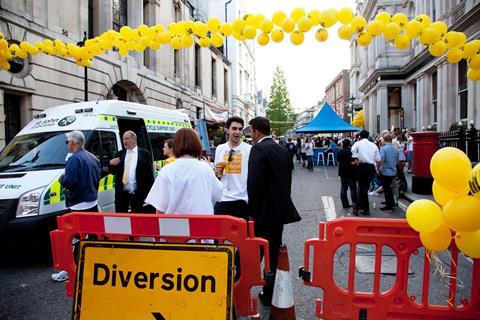 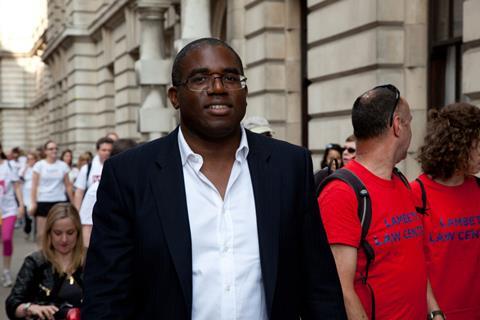 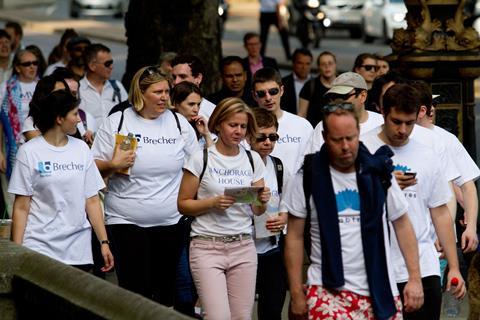 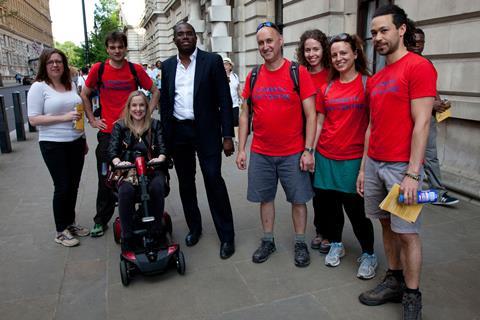 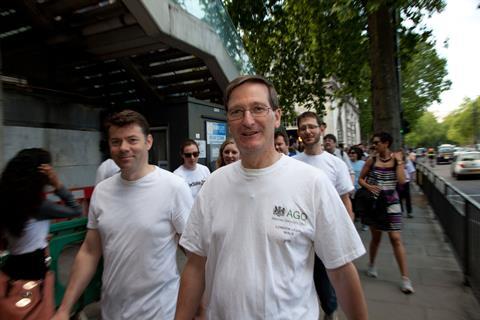 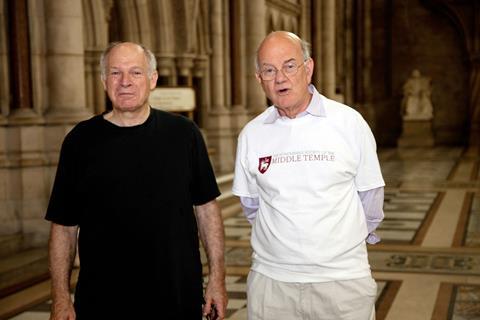 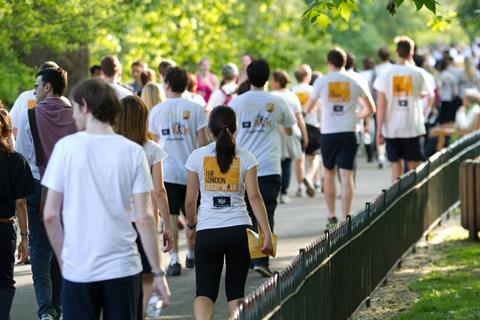 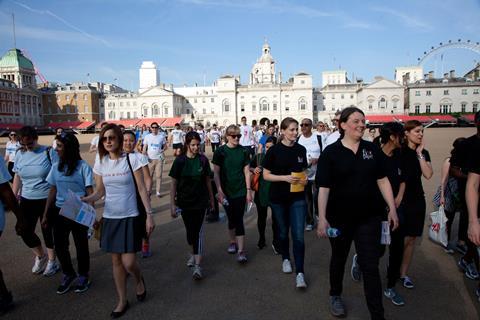 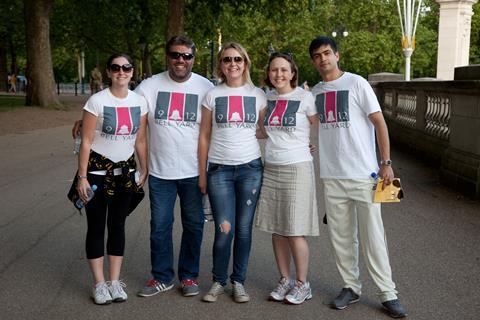 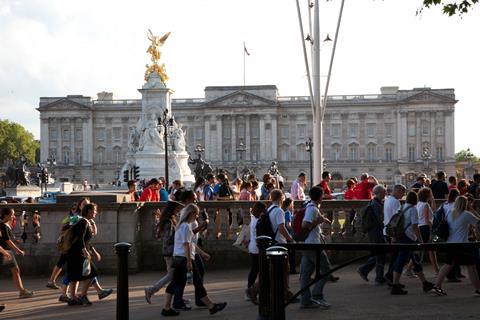 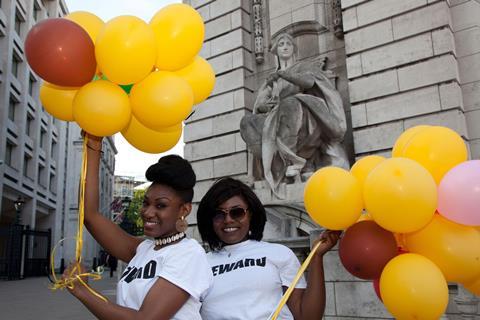 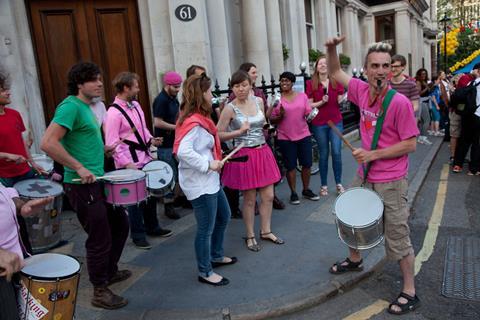 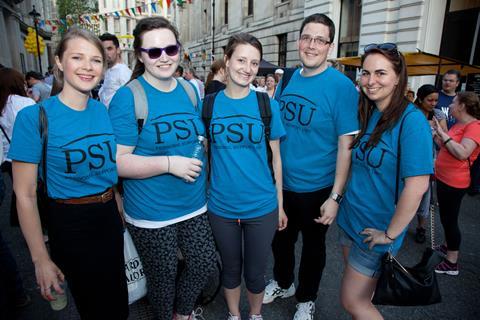 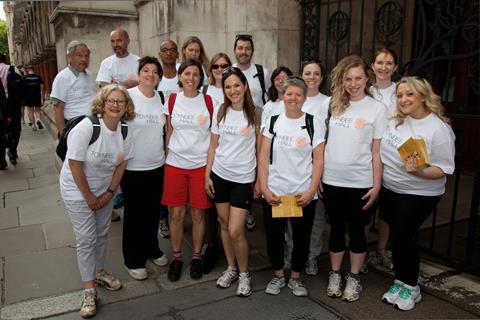 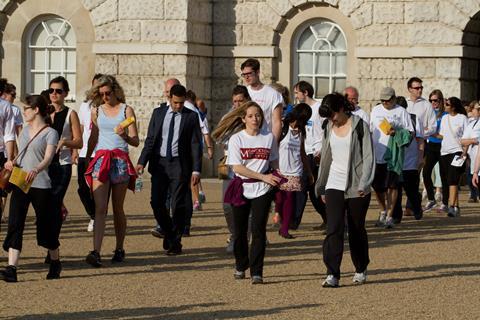 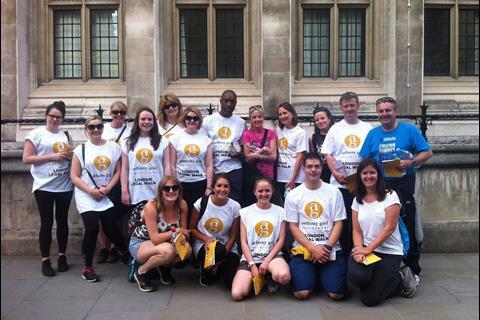 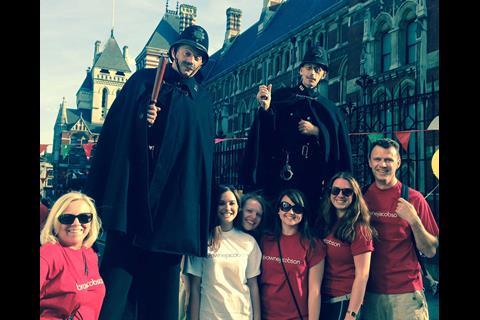 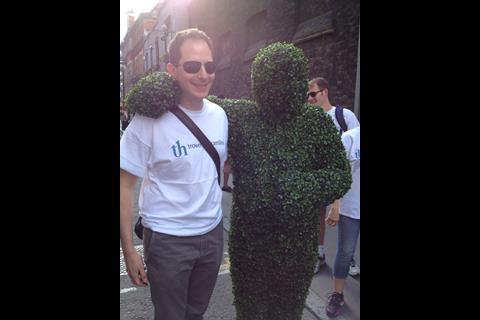 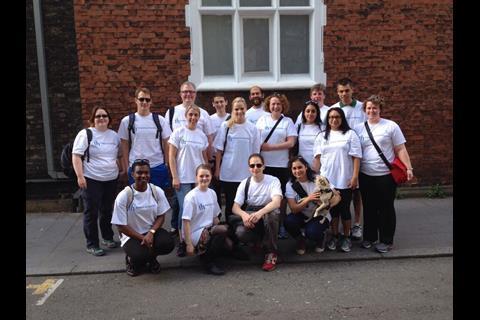 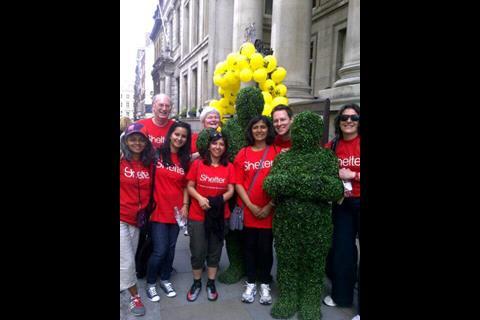 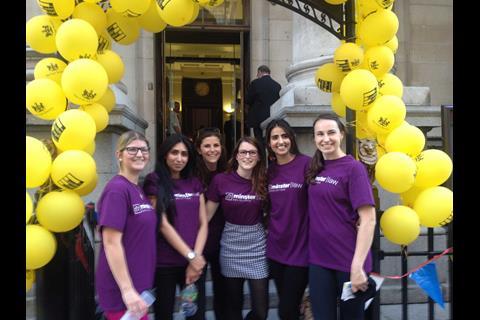 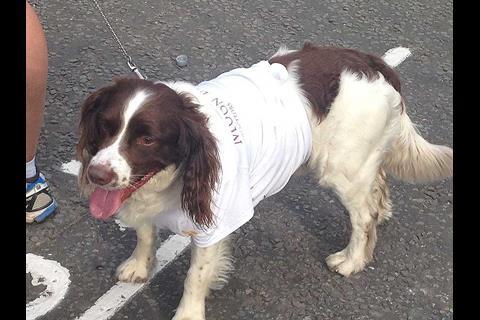 Dillon the dog, sent in by Sarah Rushton at Moon Beever Solicitors 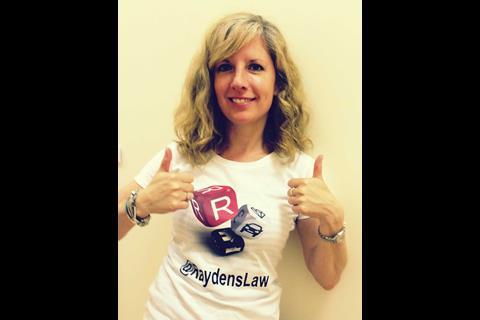 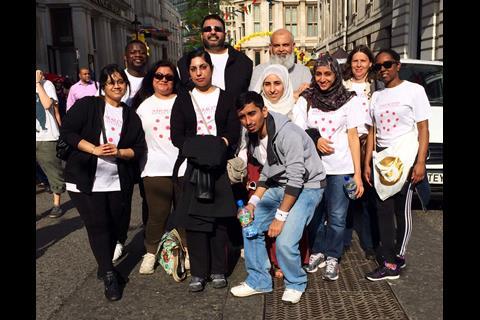 Saracens, sent in by Minal Popat

Take a look at our images of some of the 8,000 people who took part in Monday’s walk. We’ve already included a few snaps you sent in yourselves, but if you want to add more please email us.

The event, organised by the London Legal Support Trust (LLST), raised more than £500,000 to support law centres and legal advice agencies in London and the south-east.

Starting at the Royal Courts of Justice, walkers and runners packed the streets along the Embankment, before turning up The Mall and Constitution Hill, through St James’s Park before taking a turn around the Serpentine and back to the Law Society.

The event culminated with a street party in Carey Street, with fire jugglers, stilt walkers, living trees, a samba band and food/drinks stalls.

The next LLST walk takes place in Brighton on 16 June.