In a report on the bill this morning, the Lords Constitution Committee describes the move as ‘without precedent’, stressing that it violates the rule of law and threatens to undermine devolution arrangements.

The committee calls on the government to remove provisions authorising breaches of the UK’s international law obligations under the Protocol on Ireland/Northern Ireland and the EU Withdrawal Agreement.

Appearing before the committee yesterday, lord chancellor Robert Buckland QC defended the bill, stating that ‘extraordinary times’ call for ‘extraordinary measures’. He described the context of the bill as ‘all important’ and said the provisions that break international law will only come into force if there is a demonstration of bad faith on part of the European Union. 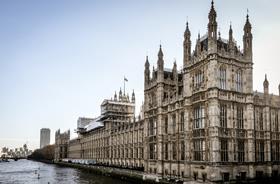 Launching the committee’s report this morning, however, chair Baroness Taylor of Bolton (Ann Taylor), said: ‘Respect for the rule of law requires compliance with treaty obligations. The government has not provided a satisfactory justification for the violations of international law under the bill. This constitutionally dangerous approach is compounded by the fact that the government seeks in this bill to put ministerial powers above relevant domestic law —a step that is unprecedented as well as fundamentally at odds with the rule of law.’

She added: ‘The bill also provides the government with powers that could allow it to alter the competences of the devolved administrations in significant ways. As such it risks destabilising this integral part of the UK’s constitutional arrangements at a time when it has never been more important for central and devolved governments to work together effectively.’