Two magic circle firms have bolstered their presence in Paris, citing the ‘strategic importance’ of the French market. Freshfields Bruckhaus Deringer has recruited two partners, Marc Perrone and Christophe Seraglini, for its Paris office. Meanwhile, Linklaters has hired Pierre Guillot, a French public law expert who will join the firm in Paris from the French treasury. 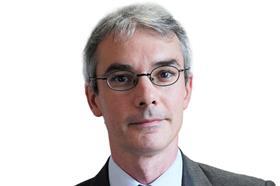 Freshfields said its new partners are a testament to the firm’s ambition in the French market.

Hervé Pisani, managing partner of Freshfields’ Paris office, said: ‘The arrival of Marc and Christophe … demonstrates our willingness to support our clients on the strategic issues they face, as well as our ambition to consolidate our position in the French and international market with an integrated, global offering in line with the economic and regulatory changes underway.’

Linklaters was coy about the strategic importance of France but said it saw significant opportunity there in the future.

Bertrand Andriani, Linklaters’ national managing partner for Paris, said: ‘Public law is a vital element of any major transaction involving French and European government entities. We have strong track record of advising on the most significant project finance matters, PFI/PPPs, privatisations, IPOs of state-owned companies and M&A in regulated sectors as well as acting for foreign investors on issues related to inbound investment in France.’

Last year a bilingual international commercial court in Paris was given formal approval. The international chamber of the Appeal Court of Paris will take into account common law and publish judgments in English as well as French, the justice ministry said.