Minority ethnic grads half as likely to get pupillage

Ethnic minority graduates are almost half as likely to secure pupillage as their white counterparts – even when their undergraduate degrees and bar course grades are identical.

According to a study by the Bar Standards Board, students from minority ethnic backgrounds who enrolled on the bar course between 2014 and 2018 were less likely to have commenced pupillage than those from white backgrounds. When making the comparison, the regulator controlled variables such as degree class and Bar Professional Training Course (BPTC) grades. 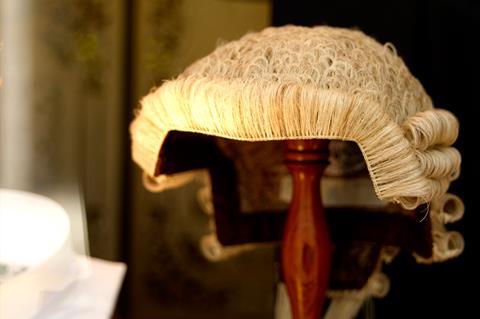 BSB: Ethnicity appears to be an influencing factor in whether students succeed at the bar

For example, of UK/EU domiciled BPTC graduates with a 2.1 degree and ‘very competent’ BPTC grade, 41% from white backgrounds have now commenced pupillage, compared with 23% of those from a minority ethnic background with the same degree class/BPTC grade. ‘The relative differences by ethnicity across degree class and BPTC grade are also present when further controlling for ranking of first degree institution,’ the regulator said.

Chances of obtaining pupillage were slim even before the pandemic hit, however. Under 40% of UK and EU BPTC graduates who enrolled on the course between 2015 and 2019 had commenced pupillage as of March this year.

BSB director of strategy and policy Ewen MacLeod said: ‘This year’s report enables us to see clearly the impact which the health emergency had on those students starting a BPTC in 2019.’

A Bar Council spokesperson said: 'While the Bar Council remains hopeful that pupillage numbers will bounce back over the next couple of years, there will likely be a persistent pandemic "gap" in the number of new entrants into the profession, at a time when there are huge pressures on the bar. This report will also likely be disappointing to the many talented BPTC graduates, who have experienced a difficult year in relation to exams and increased competition for pupillage places.’

The council also noted additional challenges facing candidates from ethnic minority backgrounds. ‘We are working closely with the Bar Council’s equality, diversity and social mobility committee and the Bar Council’s race working group to tackle this,' it said.