At least five Nightingale courts will shut this week, the government has said, despite demands from the legal profession for more court capacity.

Makeshift courts in Birmingham, Hull, Lancaster, Middlesbrough and Stafford will close at the end of the month. HM Courts & Tribunals Service said it will consider replacement venues in locations where an ‘operational need remains’.

Meanwhile, Chester Town Hall, which handled criminal cases during the pandemic, will be replaced by Crowne Plaza Chester, a four-star hotel. Earlier this month, Mercure Maidstone – a hotel in Kent with conference and meeting rooms – opened two non-custodial crown courtrooms for jury trials. The government has also promised that a ‘super-court’ will open in Loughborough in September to hear complex cases involving several defendants such as gang-related crime and sex-trafficking cases.

More up-to-date figures suggest that the backlog is starting to dip, however. According to the Ministry of Justice, 57,503 cases were outstanding in the Crown court system at the end of May, down from 58,228 at the end of April. Throughout May, the backlog shrank by around 200 cases a week.

Responding to HMCTS’ quarterly figures, Law Society president I. Stephanie Boyce said: ‘We’ve been saying for some time that government must maximise existing court capacity as we emerge from lockdown and boost capacity through many more Nightingale courts in order to increase the amount of jury trials that can safely take place, enabling access to justice for victims, witnesses and defendants.’ 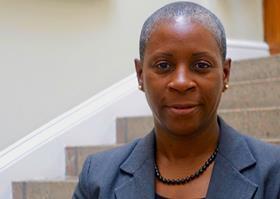 Bar Council chair Derek Sweeting QC added: ‘Unless the government urgently commits to long term and sustained investment in the courts and the wider justice system, the number of cases stuck in the courts will continue to rise. Behind every number in this backlog are victims of crime, defendants, witnesses and their families, putting their lives on hold while they wait years to see justice done.’