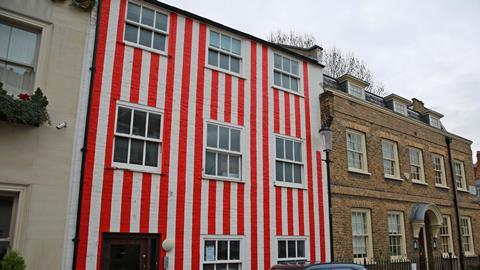 A £4.6m claim against international firm Charles Russell Speechlys over a controversial London townhouse has been dismissed by the High Court.

Zipporah Lisle-Mainwaring bought a mews property in Kensington in 2012 with plans to convert it into a luxury home with a double basement and swimming pool, according to a report in the Evening Standard. The building was previously used as an office.

However Lisle-Mainwaring was originally denied planning permission by the council, a decision which sparked long-running litigation. She went on to paint red and white stripes onto the property’s three-storey facade, infuriating her neighbours.

According to a High Court consent order, Lisle-Mainwaring’s claim has now been dismissed and no costs order has been made. The firm stressed that no payment is being made to the claimant and said its defence of the claim was ‘entirely vindicated’.