The NHS Litigation Authority is to get a new name and a new mission – to settle negligence cases early rather than fight them, the health secretary Jeremy Hunt has said.

Hunt revealed to the House of Commons yesterday that the NHS Litigation Authority will change its name to NHS Resolution. The rebrand is expected to come into effect from 1 April.

Few details were offered, but the health secretary said the plans are part of the department’s ambition to improve safety and learn from avoidable deaths.

Hunt said: ‘I can inform the house that the NHS Litigation Authority will radically change its focus from simply defending NHS litigation claims to the early settlement of cases, learning from what goes wrong and the prevention of errors.’ 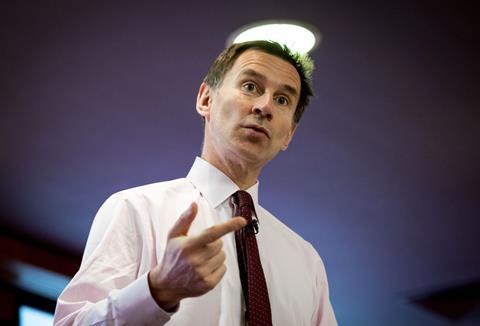 The reforms will come in the light of spending watchdogs investigating the cost of defending clinical negligence claims.

The National Audit Office is carrying out a study into the legal costs incurred by the NHSLA and is likely to report this summer on the evidence it has collected.

The authority received 11,000 new clinical negligence claims in 2015/16 and the Department of Health spent £1.5bn in this area during the same period.

She added: ‘We are all for resolutions but the NHS cannot not pay out when it is negligent – whether that is to patients or to their staff.

‘Call us cynical but we will not be holding our breath for seismic change that really helps those injured by the NHS unless and until the health secretary publishes details of a more proactive protocol for medical negligence and work related cases.’