Novice lawyer unfairly sacked after asking for her wages

An aspiring solicitor sacked at the start of the pandemic was unfairly dismissed because she had complained about unpaid wages, a tribunal has ruled.

Employment Judge Mclaren, sitting at East London Hearing Centre, ordered that NR Solicitors Limited pay the claimant £14,251 in compensation after ruling that she was dismissed because she had asserted a statutory right.

The claimant had started with the London firm as a paralegal in January 2019, after passing her LPC, and claimed to have been offered a training contract. The judge found the claimant was effectively a trainee solicitor at the time of her dismissal. 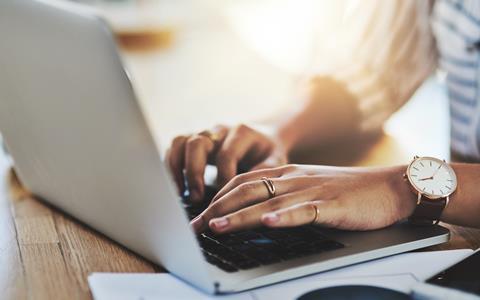 The paralegal could not afford Wi-Fi to work from home

The tribunal heard that the starting salary of £14,000 a year was paid in an ‘intermittent and erratic’ manner, sometimes in cash. This caused the claimant difficulties, for example not having enough money to pay her bus fare.

The claimant took four weeks' leave at the end of 2019, which the firm said was unauthorised. Again, the judge favoured the claimant’s account, pointing out the firm’s bundle had no evidence of processes for requesting holiday and concluding it was categorised as unauthorised only after the event.

The dismissal at the heart of the claim in March 2020 came after the trainee was forced to work from home as the firm closed its office due to the pandemic.

The firm said it had required the claimant to file a piece of work by 13 March and reminded her twice about this deadline. She denied there had been any such instruction and said she had worked on the matter as requested, but could not send any files to her bosses as her Wi-Fi connection at home had been cut. This was because she had not been paid her full salary.

The tribunal heard that she had emailed the firm’s management saying there was still a shortfall in her wages and requesting an update as to when she would be paid. The firm dismissed her four days later, the first day of full lockdown, arguing before the tribunal that the decision was caused by the claimant’s performance and attitude, as well as citing the unauthorised absence.

The judge said the firm had given a ‘muddled and contradictory account’ as to the reasons for dismissal and concluded the principal reason was the email complaint about unpaid wages.