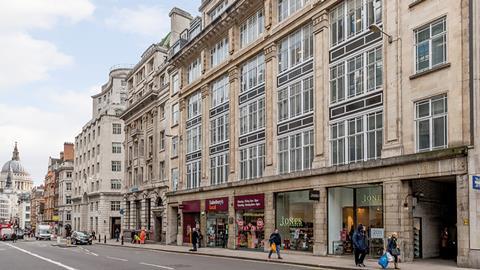 Plans for a new courts complex in the heart of legal London ran into trouble last week when SAVE Britain’s Heritage and other conservation groups lodged formal objections to the demolition of what they say are historic buildings in the Fleet Street Conservation Area. The planned 18-court complex, which will also house the City of London Police HQ, will require the development of Salisbury Square to the south of Fleet Street. Opponents described as ‘crass and short-sighted’ the proposal to demolish Chronicle House (pictured), along with a neo-Baroque bank building, a Georgian house and the Hack & Hop pub.