Police have made a third arrest in connection with the death of a solicitor in Sheffield city centre.

South Yorkshire Police said yesterday they had arrested an 18-year-old man from Sheffield on suspicion of the murder of Khuram Javed, 30. He died of a gunshot wound on 10 April. 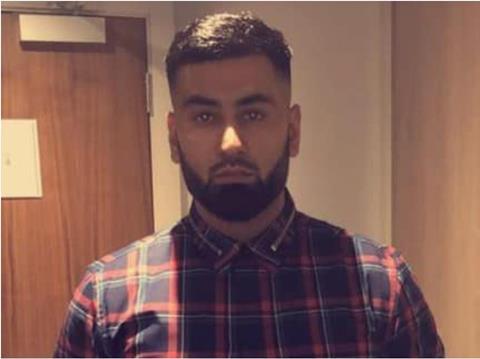 Two men, aged 21 and 23, were arrested on 12 April on suspicion of murder and have since been released under investigation.

‘I would like to reassure the community that our investigation is progressing at pace and we are continuing to explore and develop new lines of enquiry’.

Javed, a father of two, had been a solicitor for 18 months with Sheffield firm Alison Law, which he joined four years ago as a paralegal. His firm described him as a ‘beloved and hard working staff member with a bright future ahead of him.’

Ahead of his funeral last week, his father Javed Khan said the family ‘didn’t have the words to express’ their gratitude for the outpouring of compassion and love shown to them in the last two weeks.

He added: ‘As a family, we have been humbled by the support shown by members of the community during this testing time. We are grateful to each and every individual that has contacted us, prayed for us, donated towards a charitable cause and done so much more.’

Among those reported to have sent tributes include England cricket captain Joe Root, who played in the same Sheffield team as Javed during their teens.

Law Society president I. Stephanie Boyce said: 'We are deeply saddened to hear the shocking news of Khuram Javed’s death. The Law Society’s thoughts are with his family, friends and his local community at this extremely tragic time.'