Waiting times for grants of probate have fallen to roughly five weeks following a 'productive' January, the probate service has said.

HM Courts & Tribunals Service told the Law Society that the number of grants being issued per week has now overtaken the number of applications being received. It added that it has slightly improved its timeliness, with those who apply online waiting four weeks from receipt of the will and only one week if there is no mistake on the application or missing documentation. Those who submit paper forms are said to receive grants within eight weeks but this is ‘reducing rapidly’. 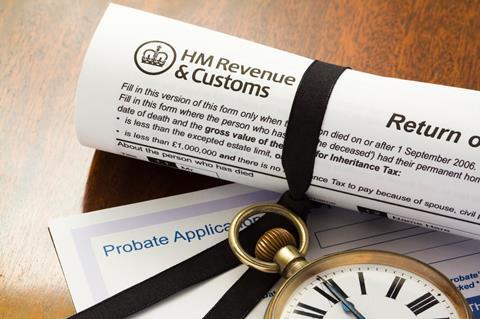 Waiting times for grants of probate stand at around five weeks

All solicitors must now apply for grants of probate through HMCTS’ online system, which was introduced in November 2020. The government said it had seen a healthy uptake in the digital service since the end of the January grace period. However, some practitioners have reportedly struggled with applying online.

Last year the government hired new staff and retrained existing employees who previously dealt with court hearings in a drive to keep on top of applications. HMCTS had forecast an increase in applications as a result of a rolling average increase in the number of deaths during the pandemic. However, the agency said it has yet to see a large uptick in receipts.