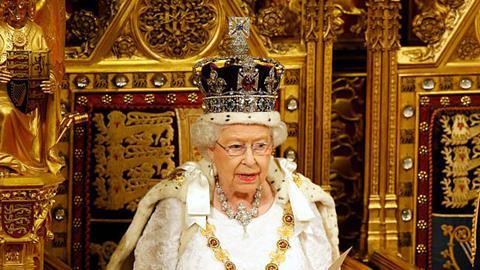 The Conservatives’ British Bill of Rights is firmly back on the political agenda following the Queen’s speech today.

The bill, a draft of which was originally promised before Christmas, will be 'brought forward' in the new parliamentary session, the Queen said.

A government statement said the bill 'will support and reinforce Britain’s longstanding commitment to human rights and restore common sense to the way human rights law is applied'.

It will include measures 'to reform and modernise the UK human rights framework' as well as 'protections against abuse of the system and misuse of human rights laws', the government said.

These rights would be based on those set out in the European Convention on Human Rights, 'while also taking into account our common law tradition', the government said, promising to consult fully on the proposals.

In response to the announcement the Law Society said it remains fully committed to the rights enshrined in the European Convention of Human Rights, and to Britain’s membership of the convention. 'We will be considering the draft bill carefully to ensure that it does not water down the rights we currently enjoy.'

As expected, ambitious prison reforms will feature in the forthcoming legislative programme along with measures to tackle global tax evastion and to boost the digital economy.

A Children and Social Work Bill aims to speed up the process of adoption, and will ensure courts and local authorities take ‘better account of a child’s need for stability up to the age of 18 when making decisions about their future'.

The Law Society said it supports the principle, but added: ‘Any new proposals need to balance the wish for permanent and speed resolutions with making sure that all decisions are taken in the best interest of the child.’

Meanwhile, a measure to privatise the operations of Land Registry will appear in the Neighbourhood Planning and Infrastructure Bill even though a consultation on the sell-off is still open.

'The new legislation would enable the privatisation of Land Registry, which would support the delivery of a modern, digitally based land registration service that will benefit the Land Registry’s customers, such as people buying or selling their home,' a government briefing note says.

The speech also promised to ‘bring forward’ proposals in response to the recommendations of the Law Commission’s 2011 report on simplifying land ownership law.