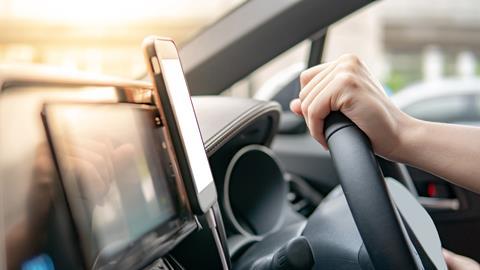 The ban on drivers using mobile phones should be extended to include hands-free devices, a group of MPs has told the government. The law should also apply to all mobile phone usage, not just the sending and receiving of data, it said.

According to one expert quoted in the report, conducting a hands-free call is as distracting as being at the UK legal limit for alcohol blood level.

The select committee recommended, therefore, that the government extend the ban on driving while using a hand-held mobile phone to hands-free devices.

At the moment, the law also states that a driver commits the offence of driving while using a mobile phone only if they are sending or receiving data. The committee recommends that the government redefine the offence so that it includes all mobile usage, such as taking videos at the wheel.

The number of mobile phone motoring offences which have resulted in enforcement action has fallen by more than two thirds since 2011. According to the report, this has coincided with year-on-year increases in the number of casualties in collisions where a driver using a mobile phone was a contributory factor.

The select committee said that government should review the penalty for using a mobile phone at the wheel, which is currently 6 penalty points and a £200 fine. Over a third of respondents to a 2016 government consultation suggested higher fines, ranging from £250 to £10,000.

The select committee said: ‘Higher penalties are clearly not a panacea to the problem of motorists driving while using a mobile phone, but penalties are a good way for the government to signal the seriousness of an offence.’

Paul Loughlin, motoring solicitor at Stephensons Solicitors LLP, said: 'For many, these proposals will be a welcome step forward. However, the proposals also raise questions around the ability of the police to enforce these laws.