Slater and Gordon, the world’s first publicly traded law firm, is preparing to post what is understood to be legal sector’s biggest ever annual loss.

In a profit warning filed with the Australian Securities Exchange, the embattled firm said its full-year net loss after tax for the year ended 30 June is expected to total A$1,017.6m (£585m).

However, Slater declared that efforts to turn around its struggling UK business are 'beginning to bear fruit’.

The net loss for the second half of the year is expected to be limited to A$59.3m, compared with A$958.3m for the first half, which included a huge goodwill writedown on the UK business arising from last year's acquisition of Quindell’s professional services division. Total revenue for the year is forecast to be $A908.2m.

In early May Slater and Gordon announced that it had agreed restructuring proposals with its lenders following a disastrous 2015, which culminated in what could be highly damaging reforms of the UK's personal injury market.

Lenders had given the firm an ultimatum to present a turnaround plan or face having to repay debts by April next year. As previously revealed in the Gazette, the rescue plan involves the closure of a number of offices across the UK, although it was not clear how many jobs are threatened.

The firm said it planned to reorganise to create ‘centres of excellence’ in city centre venues, and to change its approach to noise-induced hearing loss claims, which were acquired mainly through the Quindell deal.

Group managing director Andrew Grech said today: 'Slater and Gordon’s FY16 performance is a story of two different halves. The results for the first half were extremely disappointing and well below expectations. In the second half we have taken significant steps towards turning around the performance of the UK business.

'Whilst the UK performance improvement programme is still in its early stages, the second-half results indicate that our efforts are beginning to bear fruit.’

Net debt at 30 June is expected to total $A682.3m, up from $614.1m on 30 June last year, a figure that has been favourably affected by the post-Brexit-poll weakening of sterling against the Australian dollar. 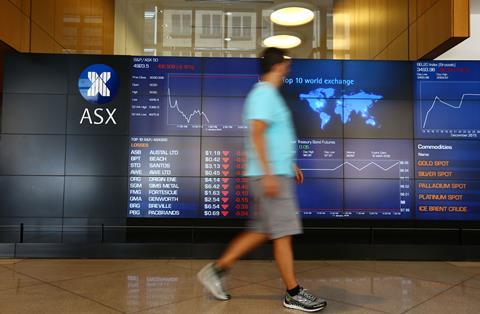