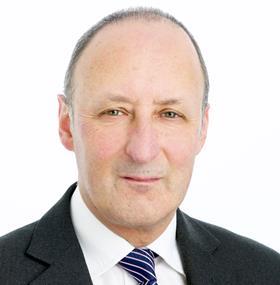 The Society, aligning with the Association of Personal Injury Lawyers and Motor Accidents Solicitors Society, said a complete ban is the only way to protect consumers and stop operators finding a way around existing rules.

Cold calling by solicitors is already banned and there were hopes the ban would be extended when the Telephone Preference Service – which lets consumers opt out of receiving calls – moved from Ofcom to the Information Commissioners’ Office.

The lawyers’ groups say it will be a missed opportunity if a wider ban is not forthcoming.

‘In the worst cases, callers encourage people to claim in respect of accidents where no injury has occurred.’

The issue of cold calling is in the spotlight as claimant groups feel they can still persuade the government to drop plans for reform of personal injury, if there is a viable alternative.

Opponents of proposals for a £5,000 small claims limit say it will not drive out fraud, but argue that restrictions on cold calling would make a tangible difference.

Neil Sugarman, president of APIL, said: ‘The government has just published proposals which will take the rights of injured people back to the dark ages when what it needs to do is tackle the scourge of cold calling.

‘Cold calling is at the very core of misconceptions about claiming for personal injury, and is at the root of these unfair and unnecessary proposals.’

MASS chair Simon Stanfield said the transfer of regulatory powers over claims management companies, from the MoJ to the Financial Conduct Authority, presents a chance to change the rules.

‘The only solution is a complete ban on unsolicited texts and cold calls,’ he said.

‘If the current regulatory regime does not have the legal powers, we shall continue to press for a commitment to ban them under the stronger powers available to the FCA once it takes full responsibility for regulating CMCs from April 2018.’