The Solicitors Regulation Authority reported suspicious activity involving more than £200m to law enforcement authorities in the past year, a new report has revealed.

Sara Gwilliam, the SRA’s money laundering reporting officer, told this month’s board meeting that the regulator had made 26 suspicious activity reports to the National Crime Agency in the year to the end of October 2020. This followed 266 matters which were escalated to the SRA for review. 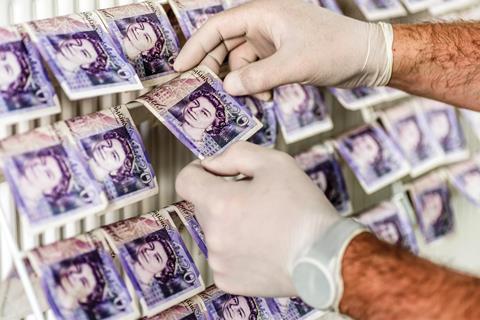 Gwilliam said that as well as the 26 referrals to the NCA, a further 122 matters are being monitored which may uncover money laundering suspicions that could be referred in due course.

She reported to the board that the key themes of money laundering-related activity remained ‘broadly unchanged’ during the year, with most linked to residential property conveyancing, fraud, tax evasion and bogus investment schemes.

Gwilliam added: ‘Money laundering linked to vendor fraud was identified as a key theme in the SARs we reported. This is where homes are targeted by fraudsters and sold without the knowledge or consent of the true owners, with the elderly and vulnerable often the victims. As MLRO I issued a trend alert on this to flag the issue and raise awareness.’

Gwilliam said that during the year the SRA had conducted full file reviews of several investigations each month to ensure that any potential issues are identified and escalated. Pro-active working with the NCA has also highlighted risks in certain areas of the legal profession or issues with specific firms.

A total of 31 reports were from inside the SRA, from teams such as the contact centre.

Gwilliam said she experienced no restrictions or resistance in undertaking her duties and had unfettered access to the SRA’s senior managers.