The Solicitors Regulation Authority has applied for an injunction against a prominent solicitor to prevent her from ‘unlawfully’ acting as a lawyer after her practising certificate was suspended over suspicions of dishonesty.

Soophia Khan was automatically suspended in August after the SRA intervened in relation to her Leicester practice Sophie Khan & Co Limited. She later announced that the firm had been taken over by a charity called Just for Public Ltd (JFP), adding: ‘Client work continues as normal’.

The High Court heard today that Khan and JFP may be ‘committing criminal offences under the Solicitors Act 1974 and the Legal Services Act 2007, as a result of Ms Khan carrying on reserved legal activities when she is not entitled to do so’. 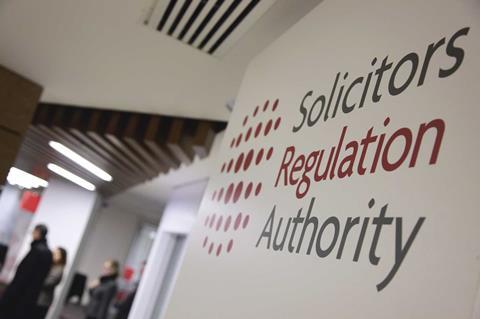 ‘A solicitor cannot avoid the consequences of an intervention into their practice by transferring their firm’s business and clients to an unregulated entity and continuing to represent clients as if nothing has happened,’ Allen said.

There is ‘overwhelming evidence’ that Khan has continued to represent her clients and those of Sophie Khan & Co, Allen said, including at an inquest and before Manchester County Court last month where a judge ruled that she did not have rights of audience.

Allen said Khan also relied on the ‘purported transfer’ of Sophie Khan & Co’s business ‘as a justification for her failure to produce documents connected with her and the firm’s practice to the SRA as she is legally obliged to do’ as a result of the SRA’s intervention.

The SRA has obtained orders from the High Court requiring Khan, Sophie Khan & Co and JFP to provide practice documents which have not been complied with, Allen said, and the SRA has issued committal proceedings against Khan ‘with a view to securing compliance with the orders’.

Mark James, for Khan, argued that an injunction would be ‘a sledgehammer to crack a nut’ as it will only be ’a few months at best before the application to set aside the [SRA’s] intervention is heard’.

James also asked Mr Justice Fancourt to rule on the proper interpretation of sections 13(3) and 15(3) of the Legal Services Act 2007, which he argued were unclear.

Towards the end of the hearing, James indicated that Khan was willing to offer an undertaking to avoid the need for an injunction. Khan’s lawyers and the SRA will attempt to agree the wording of an undertaking overnight.

Mr Justice Fancourt indicated that he will give a ruling on the proper interpretation of sections 13(3) and 15(3) of the Legal Services Act 2007 tomorrow morning in any event.