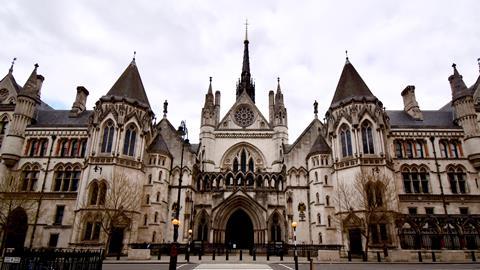 Five days after the High Court ordered a prominent solicitor to be arrested and brought to court, mystery surrounds the progress of the case.

Last Wednesday Mr Justice Fancourt issued a bench warrant, not backed for bail, to have solicitor Soophia Khan, 41, arrested and brought to the court after she failed to attend the hearing to answer allegations of contempt of court.

The court heard that the committal hearing could be heard last Friday if Khan could be found and brought to the court. However, no hearing was listed on Friday, nor was any hearing listed at the Royal Courtrs of Justice today.

The outcome of last Wednesday’s hearing, which was attended by the Gazette, has made national headlines. The Daily Mail described Khan as a ‘left-wing lawyer’.

Soophia Khan, 41, was automatically suspended in August after the Solicitors Regulation Authority intervened in relation to her Leicester practice Sophie Khan & Co Limited over suspicions of dishonesty. She later announced that the firm had been taken over by a charity called Just for Public Ltd (JFP), adding: ‘Client work continues as normal’.

The SRA, which earlier this month obtained an injunction to stop Khan ‘unlawfully’ acting as a lawyer through JFP, alleged Khan was in contempt of court by failing to comply with two High Court orders requiring her to deliver up client files.

The SRA did not have any further information on the committal hearing. Leicestershire Police said it could not provide any information and said the Gazette would need to speak to the High Court. The Gazette has approached HM Judiciary for an update on the hearing.