The SRA was answering fewer than one in 10 calls within a minute as the problems with practising certificate renewals unfolded, it has emerged.

Chief executive Paul Philip reported to the SRA board meeting last month that just 9% of calls to its contact centre were answered within 60 seconds in September, as solicitors grappled with the new software.

The board heard this proportion rose to 65% in the first week of October as 25 staff were redeployed from other parts of the organisation to the contact centre. They are in the middle of a seven-week secondment and have made a ‘significant improvement’, Philip said.

The Gazette revealed last month that the SRA had been forced to extend the PC renewal period by three weeks after solicitors and firms reported problems with accessing the new system by the initial 1 November deadline. 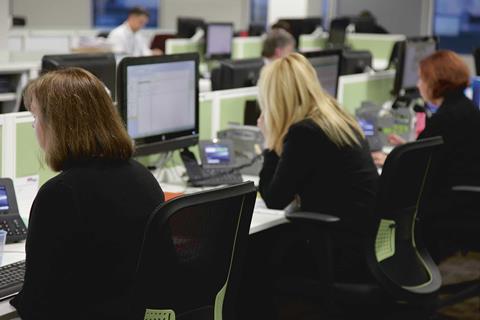 Philip told the board: ‘We have had a number of teething issues with the system. We have been closely monitoring the impact of these on the customer experience and have implemented several fixes throughout the PCRE period.

‘This in itself introduces an element of risk as changes could impact the functionality and performance of the system, so we have taken a heightened risk-based approach to changes at this time.’

Despite suggestions by the SRA that the system is improving, practitioners are still reporting problems. Sussex firm Lewes Smith Solicitors posted on social media this week that PCs still could not be renewed and that none of the data inputted had been saved. The SRA responded to apologise and say that phone lines were open to speak with its contact centre.

Meanwhile, early evidence appears to suggest that most firms whose indemnity insurance policies ended on 30 September were able to renew within the deadline, despite reports of a more difficult market this year.

Philip said 28 firms had notified the SRA they had entered the extended policy period, giving themselves a 60 days to find cover or close. More notifications were expected in October.

A ‘small number’ of firms said they were closing before the expiry of their policy and there has been a ‘slight upwards trend’ in firms merging.

The SRA has established a working group with the Law Society to consider further support to help mergers and acquisitions and orderly closures.