Criminals will be ‘rubbing their hands with glee’ because of their slim chances of prosecution, the Bar Council has said.

Quarterly figures released by the Ministry of Justice revealed that the number of people being prosecuted or handed out-of-court disposals has fallen to its lowest level since records began, despite a rise in crime.

Richard Atkins QC, chair of Bar Council, said: ‘These statistics make for grim reading. However, the state of the criminal justice system is far worse than the figures show. Criminals are going about their business unchallenged: fraud goes virtually unpunished and is not even included in the statistics.’ 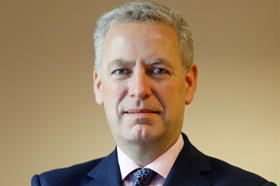 Atkins went on to quote the commissioner of the Metropolitan Police Service who said that ‘overall police [crime] detection rates nationally are woefully low’ and that ‘courts are emptying, not filling’.

In July, Home Office data revealed that the proportion of crimes which resulted in a suspect being charged or summonsed had fallen to 7.8%, down from 9.1% a year ago. The figure dropped to 7.4% for robbery, 5.7% for theft and 1.5% for rape.