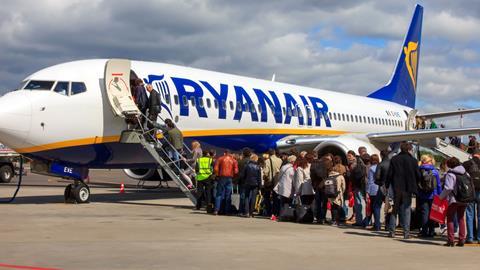 The Supreme Court is to consider a ruling allowing Ryanair to compensate passengers directly for flight delays and bypass their solicitors. Permission was granted earlier this month for an appeal in Bott & Co Solicitors Ltd v Ryanair DAC, as the case raises an arguable point of law of general public importance.

The appeal will examine in what circumstances solicitors have the benefit of an equitable lien for payment of their costs out of any settlement monies received.

North-west firm Bott & Co received around £100,000 a month from flight delay claims against Ryanair at the time of the Court of Appeal judgment, which found in favour of the airline. But the case could also have wider implications for all firms running claims against a compensator who then chooses to deal directly with clients.

A Bott & Co spokesman said solicitors benefit from the security of an equitable lien as it permits them the right to withhold monies obtained from successful litigation, where that client has not yet paid the agreed charges.

He said: ‘If solicitors did not have any form of security then they would simply be unwilling (or indeed unable) to offer credit to clients who may nevertheless have entirely decent cases.’

Ryanair changed its terms and conditions in 2016 to require passengers seeking compensation for delays to deal directly with the airline and to allow 28 days to respond before instructing a third party.