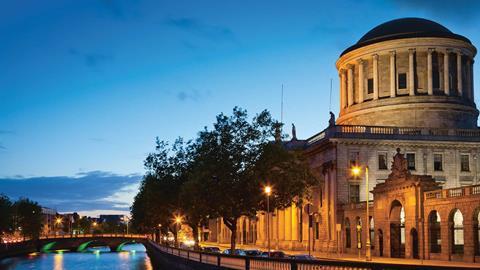 Firms are not flocking to Ireland to brace themselves for Brexit – despite continuing numbers of lawyers choosing to be dual-qualified in preparation.

Ken Murphy, director general of the Law Society of Ireland, said rumours of a British invasion following the Brexit vote appear to have been overstated.

While lawyers continue to join the roll in Ireland – albeit in smaller numbers in 2017 than 2016 – just one large firm has so far actually committed to opening a new front in Dublin.

There had been speculation more firms may follow them, but Murphy said it was apparent there is no connection between England and Wales-qualified solicitors undertaking the process of enrolment and their firms opening offices in the jurisdiction.

Writing in this month’s Law Society of Ireland Gazette, Murphy said: ‘As time passed it became increasingly clear that no invasion of Ireland by British law firm was underway in reality. While very large numbers of England and Wales solicitors had indeed taken out a second qualification by applying to join the Roll of Solicitors in Ireland, they were not doing this for the purpose of establishing practices here.’

In total, 1,317 solicitors in England and Wales have been admitted to the roll in Ireland since the UK voted in June 2016 to leave the European Union. Numbers dropped from 806 in 2016 to 511 this year (to the end of November).

Eversheds Sutherland has 132 solicitors who have added a jurisdication, the highest number of any firm, with Freshfields Bruckhaus Deringer and Slaughter and May also in the top three positions.

Murphy said most solicitors who have joined the roll are EU competition and trade law practitioners in large firms. They are aiming to maximise their status when the UK is no longer a member state, and their concerns relate to issues such as rights of audience in the EU courts and the entitlement of their clients to legal privilege in EU investigations.

Of the 19 firms with most solicitors joining the roll in Ireland, seven are headquartered in the US rather than UK.

The only firm to signal its arrival since the Brexit vote is Pinsent Masons, which has agreed a lease for premises in Dublin’s Docklands.