Three months is not enough to properly review how well the family court is protecting children in domestic abuse cases, family and human rights lawyers have told the justice secretary.

The Ministry of Justice announced the review last week after concerns were raised in its domestic abuse consultation about the family court's response to potential harm to children and victims. The MoJ-chaired panel will include senior members of the judiciary, academics and charities. 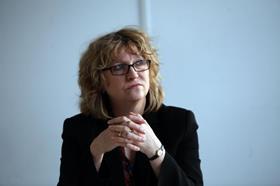 However, in a joint letter, 37 people, including solicitor Cris McCurley of north-east firm Ben Hoare Bell, Jenny Beck, co-chair of the Legal Aid Practitioners Group, and Dame Vera Baird QC, the newly appointed victims commissioner, have called on David Gauke to set up an independent inquiry. The group raises concerns about the application of practice direction 12J, which explains what the court must do where there is reason to believe a child or party has experienced domestic abuse or is at risk. This includes determining as soon as possible whether a fact-finding hearing is necessary.

The group said: 'We also note with concern that whilst the government propose to take evidence from various sources, no mention is made of taking evidence from family lawyers who deal with these issues at the coal face, and can provide critical insight into the disparity in application of practice direction 12J in practice; identified by us as a "postcode lottery of protection".

'As lawyers working with this issue, we have significant concerns about the safeguarding of victims of abuse and their children because of the disconnect between the practice directions (particularly 12J), best practice guidelines and what happens in practice in court, on the ground every day across the country.'

The group says practice direction 12J is 'often ignored or "nodded through" without any proper risk assessment', leaving women and children vulnerable. 'Where a fact-finding hearing is listed, the victim is increasingly being told to limit the number of allegations that can be considered by the judge, meaning that there is not a full forensic and expert assessment of the risks. The impact of coercive control, emotional abuse, economic abuse and other forms of non-physical violence are routinely overlooked,' it added.

The group suggests the inquiry should consider whether the current approach to fact-finding hearings is the best approach for domestic abuse survivors and children, and explore a specialist domestic violence problem-solving court similar to the model for family, drug and alcohol courts.The group also wants practice direction 12J to be enacted by the domestic abuse bill.