The justice system is ‘not a service like any other’ and future funding must ‘take into account the vital part that the courts play in sustaining the rule of law’, the lord chief justice has said.

Lord Burnett of Maldon said the pandemic ‘led to some welcome and necessary injections of money into the system’, but that there has been ‘too little focus on the value that the rule of law, a properly functioning justice system and the courts contribute to the general prosperity of the nation’.

In his annual report published today, Lord Burnett said: ‘The courts are not a service like any other. They do not exist simply to provide a service to those who use them. They are one of the foundations of the rule of law and one of the building blocks on which civil society and economic activity rests.’

He added: 'The direct value of the legal sector, very substantial though it is, is but a small part of the value that a properly functioning administration of justice contributes to our national prosperity. Courts that do their work quickly and efficiently contribute to the prosperity of the nation.' 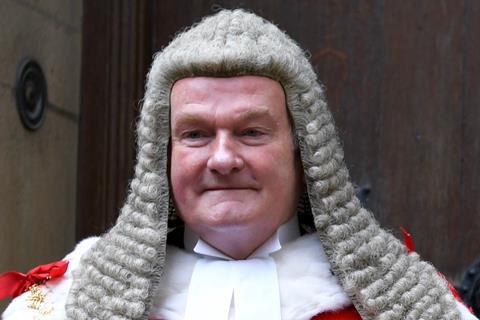 Lord Burnett also said that the remote attendance at hearings was ‘an important part of the new ways of working’, but added: ‘Experience has shown that remote attendance is not necessarily more efficient or quicker.

‘That is especially true when dealing with long lists but, even with some procedural hearings, the lost opportunity for discussion between parties and lawyers leads to fewer cases or issues being resolved.’

Despite an improvement in morale among the judiciary, ‘there remain difficulties in recruiting salaried judges at all levels’, Lord Burnett said. Judges have also been ‘subjected to harassment by members of the public on social media’.

‘The poor physical conditions in which many judges work coupled with the substantial real reduction in remuneration since 2008 means that judicial office requires an increasing commitment to public service,’ he added.

Lord Burnett also revealed that there had been a number of data breaches over the past year, although he said there were ‘very few … notwithstanding continued relatively high rates of judicial home-working in the pandemic and none that have been assessed as serious’.