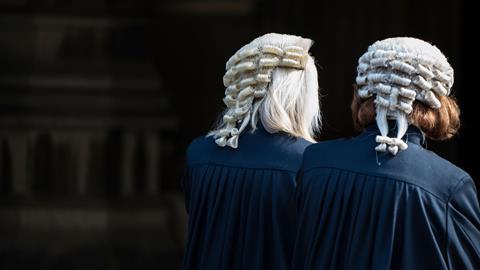 'Troubling': ​Men earn twice as much as women at bar, survey shows

Women barristers’ average incomes are roughly half those of men, the Bar Standards Board reported today.

Across the profession as a whole, average incomes for women are just 52% of those of male barristers, according to an analysis of income figures – before tax and national insurance or chambers costs – for the 2019/20 and 2020/21 financial years. The average income for barristers from minority ethnic backgrounds is 68% of those of white barristers, the BSB said.

Women and those from minority ethnic backgrounds also earn less on average than male and white barristers even when grouped by practice area and seniority, which suggests that differences in income ‘cannot be explained solely by practising area or experience’, the report added.

Differences in average incomes are particularly marked when looking at gender and ethnicity together, the BSB said, with women from minority ethnic backgrounds earning on average just 41% of white male barristers’ incomes when looking at the bar as a whole.

The pandemic had an impact on almost all barristers’ incomes, the report found, but the largest falls were for male barristers from minority ethnic backgrounds and barristers based outside of London.

Falls in income were also not distributed equally, with the BSB’s analysis suggesting that the pandemic ‘had more of an impact on incomes at the lower earning end of the profession’.

Certain areas of practice were also hit harder than others, with crime unsurprisingly seeing the largest falls while commercial and financial barristers saw an increase in incomes.

Shadae Cazeau, the BSB’s head of equality and access to justice, said that ‘the underlying income gap adversely affecting female barristers and those from ethnic minority groups remains troubling’. ‘These disparities are marked and cannot be explained away by seniority, geography or area of law practised,’ she added.