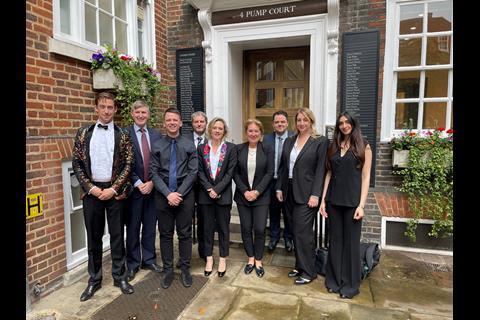 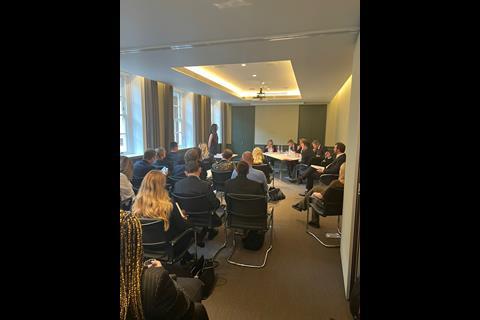 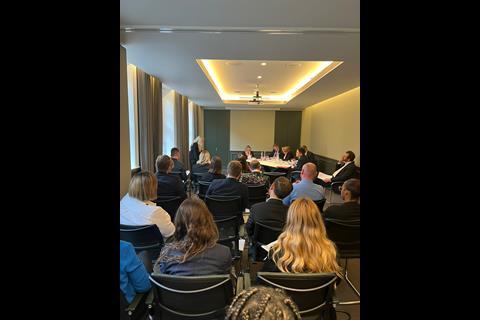 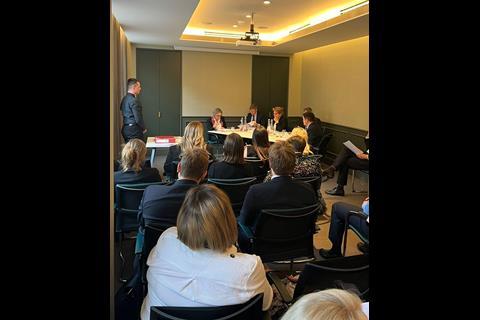 In the 1920s, the Gazette and Solicitors Journal routinely reported the results of law’s debating societies and student mooting competitions – a tradition that sadly ceased at some point.

The Gazette was pleased to see a student moot was organised for LGBT+ Pride Month this year at 4 Pump Court Chambers. The moot was commercially themed, and the various rounds focused on the provision or denial of contracted services which may have been discriminatory. Lady Justice Carr led the judging panel, which included solicitors Paul Maddock, vice chair of the Law Society’s LGBT+ committee and a solicitor at DWF, and David Kidman from Simmons & Simmons.  Barristers on the judging panel were Rachel Ansell QC and Richard Osborne.

The winning-team mooters were Alexis Boddy and Bartek Wytrzyszczewski. They and the third finalist Morsale Ghafooryer each secure a mini pupillage at 4 Pump Court Chambers and £250. Lady Carr said Boddy was a ‘natural advocate’ with ‘presence and clarity’. Wytrzyszczewski, she added, was ‘an incredibly fluent and attractive advocate’. Ghafooryer was ‘very confident and gave a very good presentation’ of her case.

The moot took place in front of an audience of lawyers and staff from Womble Bond Dickson, Watson Farley & Williams, DWF, Simmons & Simmons and Middle Temple.

Lady Carr said: ‘It is vitally important that the commercial Bar is, and is seen as, an inclusive and diverse part of the profession, open to everyone with the talent to succeed. I hope that 4 Pump Court’s Pride Month moot, and similar initiatives, can play a part in reinforcing the message to those considering a legal career that equality and diversity are valued and celebrated at the commercial Bar.’