Rosemary Polack (née Sands) enjoyed a successful career as a barrister and a pioneering family solicitor - but she almost didn’t take law at all.

The youngest of four sisters, she wanted to go to drama school until her siblings – two of whom also studied at LSE – convinced her that she would be better getting a degree and that she could enjoy acting as an extra-curricular activity. 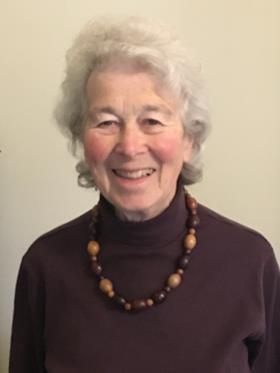 She was originally accepted to read sociology, but friends of one of her sisters were budding lawyers and persuaded her to change.

It was a wise move and alongside acting, squash and dancing, she developed a love for law at university and, with the steely determination that characterised her career, opted to go the bar as one of only approximately 100 women among 2000 barristers at the time.

She later requalified as a solicitor and moved to Cambridge after marrying King’s College graduate Ken Polack, who went on to become King’s first lecturer in law, in 1961.

Her passion was for family law and she always sought to protect children in court proceedings. She dedicated her career to making divorce and associated proceedings as fair and painless as possible for those she represented.

She built a reputation as a fair and just matrimonial lawyer who persuaded the Law Society to trial mediation as a less painful path to divorce. She had a reputation for being measured and reasonable in asking for financial and child access settlements and therefore she usually won.

Alongside an academic family lawyer friend, she founded what is now the Cambridge Family Mediation Centre and went on to help introduce collaborative law to the UK.

She had a passion for social justice in the UK or overseas and helped channel millions to help the battle against apartheid in South Africa. Her firm, Miller & Co (later renamed Miller Sands to reflect her contribution as partner and then senior partner), acted as a link in the chain funnelling money to lawyers in South Africa who were defending people accused of crimes with political implications.

Rosemary Polack died in Addenbrooke’s Hospital, Cambridge, on March 3rd 2021 age 88 after a short illness. She leaves two daughters and four grandchildren. Her husband died in 1995.

Donations in memory of Rosemary can be made to the Ken Polack Studentship Fund at King’s College via this link: https://cafdonate.cafonline.org/16368