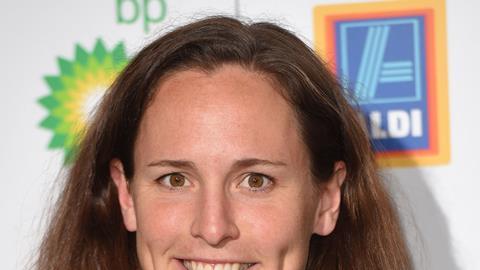 One of our Olympic heroes who turned to a career in the law after the heady days of summer 2012.

Sophie Hosking can easily pinpoint the most surreal moment following her gold medal win for rowing at the London 2012 Olympics.

Looking around her mother’s house for a stamp, she could only find a book full of commemorative stamps (‘mum had bought every one in the shop') with her own face on.

Not one to revel in the limelight, Hosking reluctantly placed herself on the envelope, before posting the letter in her nearest postbox – which of course had to be the gold one dedicated to her win in her home town of Wimbledon.

But while most of the stars from 2012 are back in Rio defending their titles, Hosking is retired from the sport and enjoying a career change as a trainee solicitor at magic circle firm Freshfields.

Hosking, who won gold in the lightweight double sculls rowing, was just 26 when she retired almost immediately after her only Olympic Games – a shock to everyone but her coach and teammate Kat Copeland.

‘I just knew I had given everything I could and felt I had put my whole life into it,’ Hosking told the Gazette.

‘I felt before the Olympics it was the right time. I went in knowing this was it. I often get asked ‘would you have carried on if you had not won gold’ and it did make the decision easier. It took probably a year and a half for people to be convinced I was not coming back.’

Even now, Hosking finds it difficult to believe that unforgettable fortnight in the summer of 2012 actually happened.

Her and Copeland were a relatively new pair and struggled for form until the final weeks of preparation, when they suddenly gelled and took five seconds off the world record in training.

‘Looking back it feels like I was in a parallel universe. I remember going back to Stratford after it had all finished and feeling like it was the Narnia story where you come back through the wardrobe. It was absolutely incredible.

After a couple of weeks of intense media interest – ‘to some degree we both struggled a little bit coming to terms with being the same person as we were’ – the attention eased up and thoughts quickly turned to Hosking’s next career move.

She had studied physics and chemistry at university but always harboured an interest in law. When a former teammate suggested she take a conversion course, she signed up at BPP, before getting a chance to become a trainee at Freshfields.

‘I had never had a job interview before so at the age of 26 to have my first one was a strange experience,’ explains Hosking.

‘There is lots of useful experience in dealing with things not going according to plan, which is a transferable skill for the workplace. But I was not going to be given a job on the basis of what I had achieved.’

Hosking, who is set to qualify next March, says she was attracted by the variety that comes with the job of a solicitor, although she has most enjoyed the intellectual property law so far.

She is in Rio this week cheering on former teammates but insists she has no second thoughts about her career change.

‘It is mixed emotions: the first Olympics after you finish is difficult as you still feel connected. I thought it would be better to be there and enjoy it than not feel part of it. It will be sad not to be reigning Olympic champion but that time was going to come.

'While there are aspects of being an athlete I miss there are no regrets at all.’