Costs office ‘not a sausage-making machine’ 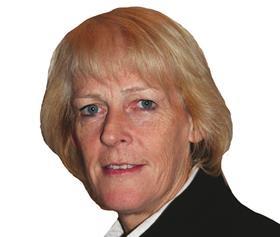 Court of Protection (CoP) work makes up the largest proportion of the 17,000 bills submitted annually to the Senior Courts Costs Office (SCCO). But assessing the 8,000 bills is ‘not a sausage-making machine’, says Master Peter Haworth.

While the number of CoP bills has gone up ‘hugely’ since he was appointed to the SCCO in 2006, Haworth says the growth appears to have ‘plateaued’ for the first time this year. All bills requiring a detailed assessment are heard by the SCCO to avoid regional anomalies. One reason for the growth in workload, say practitioners, is that professional deputies elect to submit their bills for assessment because the alternative fixed-costs provision is set ‘unrealistically’ low.

Eddie Fardell, head of the CoP team at Kent-based Thomson Snell & Passmore, explains: ‘We have 250 deputyship cases, mainly high-value catastrophic claim cases, so we can only take fixed costs on a handful.

‘But if the threshold was set higher – and increased regularly for inflation – then more cases could be dealt with under this provision. It is much quicker and saves expense for the client in both costs draftsman fees and SCCO assessment fees.’

The challenge for practitioners dealing with property and financial affairs for vulnerable clients is finding new ways to make the work viable, given the guideline hourly rates have not increased since 2010.

At the SCCO, Haworth has brought in Master Jennifer James and Master Mark Whalan to help with bills over £100,000, oral hearings and appeals, which, he says, has brought down ‘extensive’ delays in listing times.

The number of dedicated costs officers has dropped from eight to six, with one on long-term sick leave. But Haworth says 95% of CoP bills are still assessed within 10 days, ‘which I think is very good’. The officers deal with bills up to £35,000, with one experienced officer dealing with bills up to £100,000. 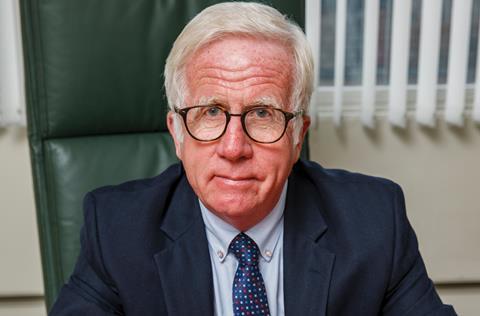 Peter Haworth: Court of Protection’s ability to handle e-files is years away

‘The costs system works but we sometimes question the fairness of it,’ Fardell says. ‘We have had comments about “excessive client contact”. But we deal with extremely demanding clients, many with a brain injury. We have to respond to contact from them to provide a good service.

‘We are very well structured and delegate work to the right level. However, we feel that this is never acknowledged. The measures we take are of huge benefit to our clients, yet we still see our bills assessed down. Sometimes I fully accept why but other times we think the comments and reasons are arbitrary.’

Nearly three years ago, his firm formed a trust corporation as the most suitable vehicle to ensure continuity in the deputyships he and fellow partner Brian Bacon hold. It can also act as trustee, attorney or executor.

‘I had a lot of cases in my sole name and I worried what would happen if I suddenly went under a bus,’ Fardell explains. ‘Every new case is now in the trust corporation.’

Earlier this year, judge Carolyn Hilder, senior judge of the CoP, set out general guidance on trust corporations in Re Various Incapacitated Persons (Appointment of Trust Corporations as Deputies) [2018] EWCOP 3.

Another development has been the OPG105 form, which was introduced two years ago and requires deputies to estimate their costs a year in advance.

Haworth says the subsequent bills have ‘pretty much’ reflected the estimates. ‘But we don’t simply rubber stamp them,’ he stresses. ‘What does cause me some concern are the one or two cases where the bill comes in dramatically lower than the estimate. To my mind, that means the job either isn’t being done properly or they are covering their backs and, if that continued, I would raise it.’

He says there is a ‘20% rule’ where a 20% difference over the estimate requires an explanation. ‘The OPG sees all the estimates and all final cost certificates,’ he notes. ‘We don’t police recalcitrant deputies seeking to profit out of P’s [protected person] estate, that is a matter for the OPG.’

Fardell says that, when OPG105 was first mooted, they feared it would be difficult. ‘But we don’t seem to have many problems. We had a case where the poor girl’s house burnt down so the costs leapt enormously. But we went back to the OPG and this was accepted.’

What practitioners are finding frustrating is that, in increasingly paperless offices, they have to print out huge paper files to send to the SCCO.

‘The end might be in sight but it is a pinhole,’ Haworth admits. ‘I think e-bills will be rolled out eventually. We have been moved up the ladder to a case management system that will allow us to accept e-files. But I suspect we are looking three or four years down the road before we see it in CoP work.’

Haworth says it would be helpful for practitioners to ‘tell us the story’ of what has happened over the year. But what they often see are longer bills with complete audit trails ‘which is as unhelpful as telling us nothing and the solicitor then complains when we cut down the time we allow for drafting it’.

But, while he has ‘empathy’ for the pressures on practitioners, ‘it is P’s money and we have to be the gatekeeper’.