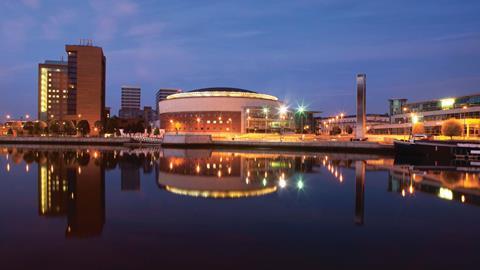 In our second article on The Future of Legal Services, Eduardo Reyes reflects on what the Law Society report foretells for the in-house sector.

In November 2014, the Gazette convened a roundtable for corporate counsel in a room near the top of one of London’s tallest buildings – the so-called Walkie-Talkie.

The discussion prompted some reflection for me; the last time I’d gathered an in-house group like this was in 2007. It was another discussion with altitude, at the top of the Gherkin. Down in the City below, Northern Rock’s crashing share price signalled the start of the UK’s immersion in the world financial crisis.

In the intervening years, wise heads said that the crash was likely to usher in a ‘new normal’. For lawyers that meant more strategic work brought in-house; law firms being driven down on price; and the unbundling of instructions. Since termed ‘disaggregation’, the latter means different matters being handled by different advisers with varying fee rates and service offerings.

During the last recession I worked on research that indicated that when frozen legal budgets were allowed to increase again, general counsel would use the extra cash to hire more in-house lawyers.

The Law Society’s report on The Future of Legal Services confirms that this did indeed come to pass, and commercial law firms that did not heed such warnings are likely at a disadvantage.

‘In-house lawyers,’ as one passage puts it, ‘are now seen at the forefront of devising complicated legal solutions, and are attracting a growing number of specialists from private practice into the sector.’

In-house priorities identified in the report confirm a permanent shift in the ways counsel are meeting the challenges of their jobs. They are focused on saving money; they are unbundling/disaggregating their legal purchases to pay a premium only for those parts that ‘warrant expertise from top firms’; and they are keen users of the technology that supports these processes.

Of course, in-house has been a fast-growing category of solicitor for a while. Now accounting for 25% in England and Wales, in-house is here predicted to encompass 35% of solicitors by 2020.

The widely held perception that in-house legal departments consistently beat private practice as places where women want to work is confirmed. One in four women with a practising certificate works in-house – a much higher proportion than for men.

So far, so affirming for the ‘wise heads’ referenced above – and since they no doubt endured a few patronising asides from their private practice peers down the years, well deserved.

But The Future of Legal Services was not compiled to make in-house people feel good. Instead, it ought to prompt discussion, not least of what the in-house sector needs from the Law Society in the terrain described – and predicted – in the report.

Readers might start by considering the complex relationship between developments in-house and trends in the rest of the legal sector.

Of these, ‘disaggregation’ is significant. For the Gazette’s first issue of 2011, I asked high-profile general counsel Sandie Okoro for a prediction. Noting the sustained downward pressure on legal budgets, she said that high-end firms would have to establish what she termed ‘diffusion brands’ – as fashion houses do – if they were to retain work, instead of being forced to collaborate with other firms with a lower cost base.

That is exactly what has happened, with ‘nearshore’ offices established by elite firms in lower-cost locations such as Belfast (now home to Allen & Overy, Herbert Smith and Baker & McKenzie). Other firms have gone to Scotland, Birmingham and Manchester.

Ironically, their proliferation is partly a creation of general counsel piling pressure on fees.

Handled wrongly, the ‘paralegalisation’ of the legal profession will create an unbridgeable gap – where paralegals in paralegal-only environments are typecast as being on a different track. This was discussed at the Gazette ’s recent roundtable for junior lawyers.

Professional, even moral, obligations aside, that is a problem for in-house – as nearshore paralegals become skilled in exactly those areas that in-house is identified as needing.

They operate in that highly technical, disaggregated, cost-conscious environment. It is absolutely in the in-house interest to ensure that professional rules – and the legal sector’s cultural assumptions – allow the easier passage of these individuals into law firm HQs and in-house departments.

That is particularly needed when one considers the question put in the report: ‘Will having to manage the process of unbundling and then reintegrating services introduce inefficiencies into the market?’ Step forward a role for ‘coordinators’, the report suggests, to ‘ensure coordination of all service delivery’.

That in-house was once seen as the poor relation of private practice always seemed odd; the provider looking down on the client who paid the bills. The report confirms that sustained growth in the power of in-house really is the ‘new normal’.

One further thought. There is a widespread perception that in-house is mostly left alone by its main legal regulator, the SRA. In a risk-based regulatory environment, in-house receives less attention as a relatively ‘safe’ bit of the legal profession. But as the sector grows and assumes new roles, other regulators (notably the Financial Conduct Authority) are considering their relationship to, and responsibility for, in-house lawyers.

In this regard in-house lawyers need the support of their representative body (through its In-house Division – tinyurl.com/zt93ayf) in promoting an understanding of the value they add, and the rules they need to operate as professionals vital to maintaining the rule of law and serving their public and private sector clients. That is possibly the most urgent challenge of many.