Why whistleblowing bill must become law

The Public Interest Disclosure Act 1998 (PIDA), incorporated into law by the Employment Rights Act 1996, has been recognised by the European Commission as having given comprehensive protection for whistleblowers in the employment arena since it came into force. It gives protection to employees and workers (including partners, freelancers and trainees, as well as former employees and workers) against detriment and dismissal for such individuals who identify and expose wrongdoing in the workplace and are penalised as a result. It is a ‘day one right’, not requiring a qualifying period of employment and damages are, potentially, uncapped with no upper limit. 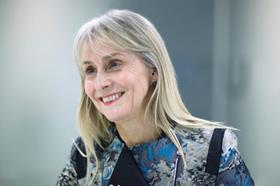 To date, the employment tribunals have made some large awards, reaching into millions of pounds where the individual has sustained career losses, by showing that their whistleblowing action has rendered them ‘unemployable’. However, it is still not mandatory in the UK (except in limited sectors and public companies) to have a whistleblowing policy. A recent survey carried out by Protect (the UK whistleblowing charity) suggested that only 12% of such cases are successful and Protect argues that ‘urgent reform is needed to reflect the modern workplace and keep pace with international best practice’.

Internationally, other jurisdictions are taking steps to improve and extend whistleblower protection. Since 2010, the US Dodd-Frank Act in the US has meant that whistleblowers can be rewarded and it has been used widely to encourage whistleblowers to report fraud, tax evasion and other wrongdoing. In Dubai, the Dubai Financial Services Authority (DFSA) introduced a new whistleblowing regime on 7 April, aiming to support those who raise concerns within the Dubai International Financial Centre by requiring DFSA-regulated firms to implement appropriate whistleblowing programmes immediately. In Europe, the EU Whistleblowing Directive 2019/1937 has been passed into national law by several member states, including France, Denmark, Portugal and Sweden, and other member states have draft bills in progress. A key tenet of that directive is the setting up of a competent national authority to provide a source of education, training and support for whistleblowers.

Office of the Whistleblower Bill

The danger to society of UK law falling behind has been recognised by all sides across the political spectrum and an all-party parliamentary group on whistleblowing, supported by the not-for-profit WhistleblowersUK, has supported the reintroduction of Baroness Kramer’s Private Members Bill which had its second reading on 6 May. Kevin Hollinrake MP is on record as stating that ‘some 43% of all financial crime is identified by whistleblowers, so proper whistleblowing protection is absolutely critical’. If enacted, the bill would establish the Independent Office of the Whistleblower, to support and advise whistleblowers, and campaign for the reform of PIDA.

If the bill becomes law, it will mean that there will be support for whistleblowers before they blow the whistle, whereas employees and workers are currently only protected from victimisation once they have either suffered detriment or been dismissed. Other proposals for reform include protection of a wider scope of persons, including those who support and facilitate whistleblowers, specialist tribunals to consider all forms of whistleblowing, and fines for perpetrators, as well as aggravated damages and compensation for successful whistleblowers.

The setting up of an Office of the Whistleblower would move the UK closer to the provisions under the 2019 EU directive on whistleblowing, which calls for each member state to set up a competent national authority to support whistleblowers. Some states, such as Denmark, have already done so and have gone beyond the UK regime, by introducing a broader scope of concerns that can be raised, and introducing fines and criminal liability for violations.

Given the value to society of a ‘speak up’ culture, and the consequent exposure of wrongdoing, the case for greater protection of whistleblowers and for deterrent penalties on the wrongdoers, is strong. Such protection is needed beyond the employment field and to prevent retaliation wherever it comes from. We understand that MPs supporting the bill have been told that the various regulators, including the Financial Conduct Authority, support the introduction of an independent Office of the Whistleblower to augment the work they already do. It would be a backward step for society in the UK if potential whistleblowers (including in the health, care and financial services sectors) were to start thinking that the personal cost and sacrifice to them (frequently involving ostracism, personal attacks, loss of career and mental health issues) was too great and they were to keep quiet; while those around them, who can see what is wrong, remain too afraid to speak up, and individual victims and companies are destroyed as a result of the actions of a few, powerful wrongdoers.

Protect has also reminded the government that one conclusion of the Cabinet Office interim report on gatherings on government premises during Covid (Sue Gray’s interim report) was that the whistleblowing culture within government was not strong enough and that ‘some staff wanted to raise concerns about behaviours they witnessed at work but at times felt unable to do so’.

Given ongoing scandals that continue to emerge in the health sector and other areas, and the recognition at judicial level that ‘it is generally known to professional persons that to become a whistleblower often involves a major risk of financial loss through subsequent unemployability’ (per Kerr J in Rihan v Ernst & Young Global Limited 2020), we believe that the case for the bill to become law and for subsequent reform of PIDA is compelling.