A north west personal injury firm which rapidly expanded before civil justice reforms has been placed in administration. A notice posted on the London Gazette confirmed that administrators are handling affairs at Nesbit Law Group LLP having been appointed last Thursday.

At its peak, the Bury-based firm and its founder Alan Nesbit, admitted in 1999, were well known in the personal injury sector. Offices were opened in Birmingham, Liverpool, Leeds and London and the firm won the claimant team of the year in the 2012 PI Awards. Nesbitt himself was shortlisted at the Modern Law Awards in 2013. Nesbit Law was particularly recognised in its home town and was the official legal partner of Bury FC, while its owner was also director of the Association of Regulated Claims Management Companies. 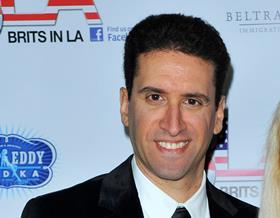 But like many other firms in the sector, difficulties appeared to follow the reforms enacted in the Legal Aid, Sentencing and Punishment of Offenders Act and subsequent slashing of fixed costs for personal injury work.

The most recent annual report, covering the year ending 30 September 2017, show the firm owed more than £3m to creditors within a year. At the same time, the firm had almost £4m owed to it by various debtors. Nesbit Law employed 27 people.

Last May, the firm entered into a voluntary trading arrangement following a meeting of creditors in Manchester. The agreed proposals contained a provision for the bank overdraft to be paid in full within the first 12 months, which the bank negotiated down to four months.

The Gazette understands at least one member of staff was contacted earlier this month by their pensions operator to say it had received no employer contributions since March. The correspondence made clear that if contributions were not made within a month, the employer could be reported to the Pensions Regulator.

Manchester insolvency specialist FRP Advisory LLP has been appointed to handle the administration. The Gazette has attempted to contact both Nesbit and the firm.