Top-20 outfit Berwin Leighton Paisner and international firm Bryan Cave 'will operate without regard to geographic boundaries' should they join forces, the firms said today. They were confirming discussions about combining to form a 'fully integrated' firm with 1,500 lawyers across 32 offices in 12 countries.

Berwin Leighton Paisner, which is headquartered in London, has offices in Asia, Europe, the Middle East and Africa, and Russia. Combining with Bryan Cave, which was founded in St Louis, Missouri, in 1873, will strengthen its US presence.

Therese Pritchard, chair of Bryan Cave, said: 'If we combine we will operate without regard to geographic boundaries. Our firm would be one of only a handful of global firms operating in a one-firm structure with more than 500 lawyers in both the US and also internationally.' 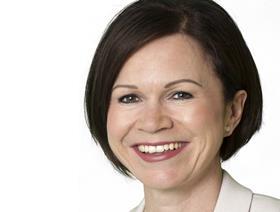 The deal is subject to resolving conflict issues and partners' approval. The firms will not comment further on discussions until after the partners' vote, which is expected to be this year.