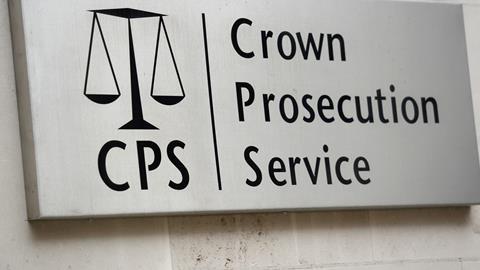 The Crown Prosecution Service has gone on another major hiring spree that could push the criminal defence community closer to extinction.

The prosecuting body has launched a ‘National Lawyer Campaign Summer 2021’, with several jobs up for grabs.

These include 14 Crown prosecutors, with salaries starting at £38,000, going up to £44,600. London posts will have an additional £3,150 recruitment and retention allowance.

The CPS also wants to recruit 14 senior Crown prosecutors. The salary ranges from £48,077 to £62,590. Again, there is a recruitment and retention allowance for London posts.

The advertisements for both roles state that length of employment is up to two years. The Gazette understands that whether candidates are offered fixed-term or permanent contracts will be based on business needs.

The campaign pack states that the CPS prides itself on providing a variety of employee benefits, including wellbeing support, flexible working, civil service pension, high street discounts as well as 25 days’ annual leave, which rises to 30 days after five years. A further day 'paid privilege entitlement' is given to mark the Queen's birthday. Successful candidates must be available to work overtime one weekend in every four.

Director of public prosecutions Max Hill QC says the CPS’s duty is to make sure the right person is prosecuted for the right offence, and to bring offenders to justice wherever possible.

However, the House of Commons justice select committee, which conducted an extensive inquiry on the future of legal aid, concluded this year that a shortage of qualified criminal legal aid lawyers could shift the balance between prosecution and defence, and compromise the fairness of the criminal justice system.

On recruitment and retention, the committee heard that many criminal lawyers had quit private practice to join the CPS.

Kerry Morgan, director of Manchester firm Morgan Brown and Company Solicitors, told the inquiry that firms had essentially become a training ground for the CPS.

She said: ‘I started my practice in 2006, and more or less every year for eight years we had a trainee every year, so we would be taking on a trainee solicitor, getting a duty solicitor, keeping them on, but we’ve probably not had one in years and years simply because you haven’t got the money to train them, or the time required, as you’re keeping the wheels on in terms of the rest of the practice, and when they do qualify they end up going to the Crown Prosecution Service. So we’ve become a training ground for the prosecution, as opposed to being able to retain them ourselves because the money is just not there.’

An independent review of criminal legal aid currently taking place. The government is due to publish its response by the end of the year.