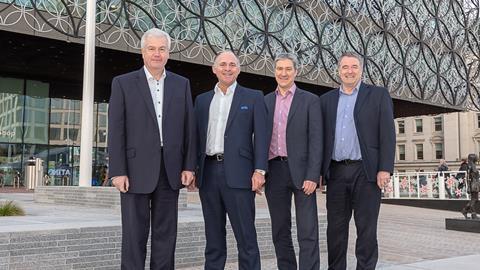 Directors to share £1.8m after selling up to listed law firm

Listed national firm Knights has begun 2020 in a similar vein to 2019, with an acquisition helping to grow its presence in Birmingham.

The company announced to the London stock exchange today it had agreed to buy the entire share capital of commercial litigation firm ERT Law, in a deal which could be worth £1.8m.

Under the terms of the latest deal, Knights will acquire ERT from its three existing shareholders for £900,000 in cash and the issue of around 263,000 shares. The ERT website lists solicitors Mark Taylor, Neil Eaton and Kieran Ryan as directors.

The cash consideration will come from Knights’ existing facilities and is subject to clawback dependent on certain conditions being met for two years post-completion.

Knights chief executive David Beech said: ‘This is an exciting addition to our recently acquired operations in Birmingham, which is in line with our strategy to grow our share of key geographic markets outside London.

‘Following the acquisition of EGL in November, today’s update is testament to the momentum that Knights has built since its IPO in 2018 and its ability to attract high calibre businesses to the group.

In its unaudited accounts for the year ended 30 April 2019, ERT reported revenue of around £2m with a profit margin of 15%. Following integration later this month, the Knights board expects ERT to deliver a profit margin in excess of 20%. The acquisition is expected to be earnings enhancing in the first financial year post acquisition, the company said.