A magic circle chief has called for billable hours to be abolished to help achieve gender parity in the legal profession.

Delivering the keynote speech at the Fiona Woolf Lecture yesterday, Freshfields senior partner Georgia Dawson said she had ‘not seen the necessary action, or in some quarters of the profession a sense of urgency, for action to move us to a profession with true gender parity’.

Dawson, who last year was elected Freshfields’ first female senior partner, said the pace of change to date had been ‘too slow’ but acknowledged that some progress on gender equality had been made. For instance, law remained a ‘highly appealing’ career choice and access to the profession did not appear to be a significant problem as far as graduates are concerned. In some parts of the profession, women are getting to the top levels and there are a significant number of women in senior in-house roles.

Yesterday, the Law Society published analysis that shows the legal services sector has made some progress towards gender pay parity four years after mandatory gender pay gap reporting was introduced – but identified more work that needs to be done. 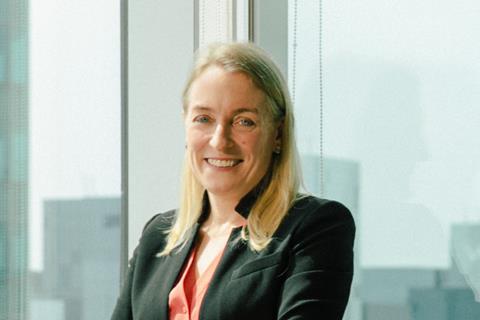 Dawson says firms need to measure output rather than input

Dawson told yesterday’s event that the legal sector had an ‘ecosystem problem’.

‘For many years, efforts have focused on improving gender equality, giving individuals the tools to navigate the profession as it currently exists and operates. There have been efforts to improve aspects of the ecosystem, [such as] unconscious bias training.’

However, ‘we have to recognise not all women have the same experience of work. There are additional barriers for women, such as women of colour or disabilities. The pandemic has provided us an opportunity to reimagine the practice of law and have the chance to reshape the ecosystem as something fairer for all.’

In terms of action, Dawson said management needed to be held accountable for the lack of progress on gender equality. Earlier this year Freshfields announced a series of diversity targets, which includes new partners to be at least 40% women. Dawson told the event that the firm had exceeded that target this year. ‘I was on a call talking about next year’s partner calls and it’s looking just as strong from a gender diversity point,’ she said.

The profession also needs to adopt a new approach to appraisals and evaluation. ‘We need to measure outputs rather than inputs,’ she said during her speech, going one step further during the subsequent panel discussion and calling for billable hours to be abolished.