The Legal Aid Agency has been told to directly apologise and pay £10,000 to an expert witness in immigration cases for causing him distress, inconvenience and financial loss by excessively auditing his bills. 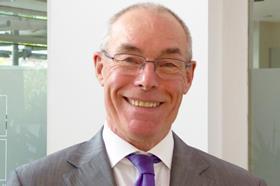 In a report seen by the Gazette, the Parliamentary and Health Service Ombudsman says it has decided to 'partly uphold' Dr Alan George's complaint. Middle East expert George had alleged that the agency unfairly denigrated his character, unfairly reduced, capped and refused his fees; and unfairly subjected his work and fees to excessive assessment, review and audit from spring 2011 until autumn 2013.

The ombudsman says: 'We found that LAA did not act transparently when investigating their concerns about Dr George and they failed to keep useable records. Further, that they treated Dr George unfairly when failing to properly consider and respond to his complaints and were not free from bias. We agreed with Dr George that LAA's actions caused him inconvenience, distress and had a financial impact on him. However, we did not find that LAA denigrated Dr George's character.'

The ombudsman found 'maladministration' in the agency's handling of matters. The agency's internal correspondence 'did not treat Dr George fairly and [the agency] failed to engage properly with him when he complained - in particular, they gave him no right of reply to comment on their concerns about him and did not undertake an independent investigation', the ruling states.

The ombudsman considered the agency's manner in investigating Dr George 'caused him emotional distress and strain'. The agency's actions 'questioning his work caused Dr George inconvenience in relation to fielding requests from solicitors arising from LAA and resulted in a financial impact on his ability to obtain work'.

To 'put things right', the ombudsman recommends the agency 'apologises directly' to George 'for the injustice their actions caused him and which we have identified...distress, inconvenience and loss of financial opportunity'.

The agency should pay George £5,000 compensation 'for the distress and inconvenience' their actions and complaint-handling caused, and £5,000 for loss of financial opportunity.

The agency should review and report back to the ombudsman and to George about its operating procedures 'to ensure they are able to properly take forward funding concerns about individuals such as experts and prevent a recurrence of the failures that arose in this case'.

A Legal Aid Agency spokesperson told the Gazette: 'Legal aid is vital in maintaining access to justice and we are committed to ensuring it represents good value for the taxpayer. Steps have been taken to review the existing complaint-handling process to ensure fair and equal access for everyone.'