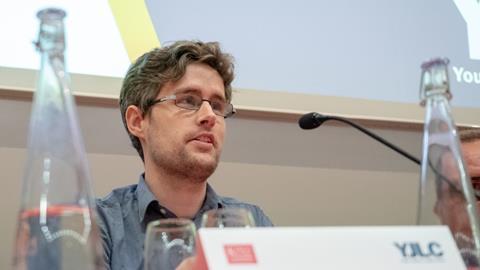 Youth justice campaigners have unveiled an online tool to help families navigate the 'complex and legalistic' process of school exclusions that is claimed to disproportionately affect children with special education needs and disabilities.

Just for Kids Law, which promotes children's rights, has developed a school exclusions hub, which provides step-by-step guides with links to statutory guidance and template documents for every stage of an exclusion process. The hub is supported by a helpline at Just for Kids Law.

The charity says there has been a huge increase in the number of exclusions in recent years, which are disproportionately affecting children with special education needs and disabilities, children in care and those from black, Asian and minority ethnic backgrounds. In England, there were 7,900 permanent exclusions in the 2017/18 school year - a 70% increase since 2012/13. The charity says children with special education needs and disabilities represented 45% of permanent exclusions in 2017/18.

Enver Solomon, chief executive of Just for Kids Law, said the exclusion process is unfairly weighted in favour of schools leaving children and their parents 'having to fight for their right to education by battling a system that should be supporting them'.

Earlier this month influential thinktank Justice called for mandatory training on the law governing exclusions for all teachers in leadership positions as part of 29 recommendations in its Challenging School Exclusions report.

Alex Temple, a public lawyer at Just for Kids Law, was a member of the working group that contributed to Justice's report.

He said: 'School exclusion processes are complex and legalistic. The government’s guidance on exclusions is 60 pages long, and the Special Educational Needs and Disabilities Code of Practice, which might also be relevant to an exclusion challenge, is 290 pages long. Parents shouldn’t be expected to challenge unfair exclusions without legal help, but professional support is hard to come by, especially outside of London.'